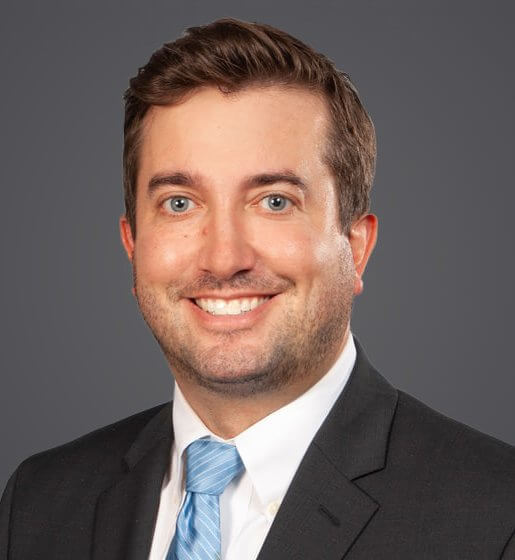 David C. “Dave” Williams, Jr., is counsel in the Birmingham office of Ogletree Deakins. Dave is a responsive, efficient attorney who focuses on his clients’ needs throughout their cases, from pre-lawsuit consultation to discovery and eventually trial. As a result of his strong litigation skills, quick thinking and attentiveness, Dave provides value to his clients by establishing strategies aimed at winning summary judgments and jury verdicts in a cost-effective and time-efficient manner.

In addition to his growing employment law practice, Dave has a vast knowledge of both state and federal tort liability claims including trucking liability, construction liability, products liability, premises liability and general personal injury law, which has directly impacted several positive outcomes for his clients. For example, he successfully won summary judgment defending a national storage facility chain, which a plaintiff claimed conducted itself in a negligent, fraudulent and deceitful manner allowing her storage space and personal items to be burglarized. Dave met his burden of proving several defenses which the court agreed barred plaintiff’s claims.  This judgment was affirmed by the Alabama Court of Civil Appeals. In addition, Dave won summary judgment on federal claims stemming from alleged repeat violations of the Telephone Consumer Protection Act, Fair Debt Collection Practices Act, and invasion of privacy laws against a national lease-to-own company.  Broadly speaking, Dave argued that his client, as a first party creditor, was not subject to certain federal laws aimed at regulating the actions of debt collectors.  This decision was also upheld by the appellate courts.

Dave had unique experiences, which helped develop and hone his litigation skills. After completing law school, he clerked for the Honorable Bruce E. Williams, presiding judge of the Circuit Court of Madison County, Alabama. He also worked as a local campaign manager for Congressman Mike Rogers of Alabama.

Outside of the office, Dave enjoys taking trips with his wife, Carlee, and two boys, Watson and Sam.

Alabamians are currently under a stay-at-home order that Governor Kay Ivey issued on April 4, 2020,which shut down all non-essential business. On April 28, 2020, Governor Ivey announced at a press conference that she approved a “Safer at Home” order, which goes into effect on Thursday, April 30, 2020, at 5:00 p.m. The order will relax many of the restrictions found in the earlier order and should allow some Alabama employers to put their employees back to work.

On April 17, 2020, the Alabama Small Business Commission Emergency Task Force and the Subcommittee to Reopen the Economy released “Reopen Alabama Responsibly,” a detailed report and series of recommendations on resuming business operations during the next stage of the fight against the coronavirus and COVID-19 pandemic.

Alabama Workers to Receive Unemployment Benefits Due to COVID-19

The Alabama Department of Labor announced this week that workers who are not able to work due to COVID-19 will be eligible to file for unemployment benefits starting on March 23, 2020.