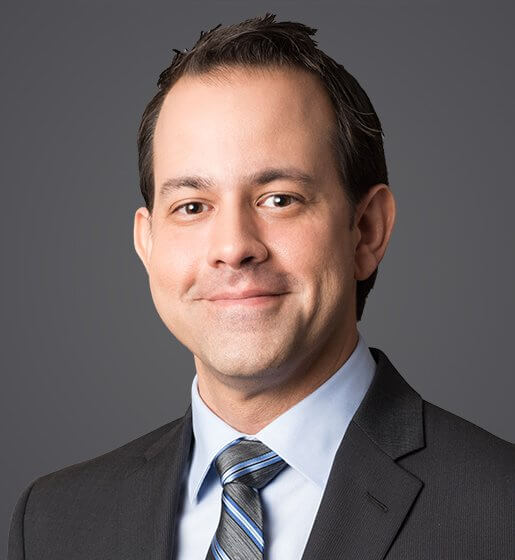 *Currently licensed in District of Columbia and Puerto Rico only.

Enrique A. Del Cueto-Pérez is a full-time member of the Cross-Border Practice Group of Ogletree Deakins, based in the firm’s Boston office, which assists multinational companies in efficiently and effectively managing labor and employment law issues in an ever-expanding global economy.

Before joining Ogletree Deakins, Enrique served as a Senior Associate with the L&EL Department of Fiddler, Gonzalez, and Rodriguez, P.S.C., a Puerto Rico-based multiservice law firm.  In this role, Enrique successfully handled all phases of single plaintiff and multi-plaintiff litigation, from investigation through appeal, securing the summary dismissal of claims and obtaining favorable judgments after trial for prominent local, national, and global companies.  Furthermore, he developed first chair and second chair trial experience, first-chaired arbitrations and trial-type administrative proceedings, and counseled management with regard to workplace disputes arising under Title VII, ADEA, ADA, FMLA, FLSA, USERRA, WARN, and other federal and local employment statutes.  Enrique also has experience in investigating allegations of employee misconduct and whistleblower complaints, and he is a contributing author to blog posts, 50-state surveys, and presentation materials regarding employment law issues.

Furthermore, Enrique has worked in the public sector, both in the executive and judicial branches of the government of Puerto Rico.  He was appointed to and served as Director of the Legal Affairs Office of the Puerto Rico Vocational Rehabilitation Administration, a quasi-in-house counsel position; and, early in his career, he clerked for Efrain Rivera Perez, late Associate Justice of the Puerto Rico Supreme Court.

Insights by Enrique A. Del Cueto-Perez

Puerto Rico is still reeling from the aftermath of Hurricane Maria. Recently, the governor of Puerto Rico signed into law Act No. 115 of June 20, 2018, to promote recovery efforts and provide much-needed aid to affected non-exempt employees in situations of emergency.

On October 17, 2017, the Secretary of the Puerto Rico Department of Labor and Human Resources (Secretary of Labor) published Opinion No. 2017-001, providing further guidance to private-sector employers on how they should compensate their non-exempt and exempt employees in Puerto Rico in light of the prolonged interruption in business activities brought about by Hurricanes Irma and Maria.

With the havoc wrought by Hurricane Maria in Puerto Rico, employers are exploring options to provide emergency relief to those employees who have encountered financial hardship to meet their necessities and repair their homes in the wake of the disaster. Occasionally, aid from employers to employees comes in the form of disaster-relief monetary payments and interest-free loans.

Paternity leave is on the rise globally as cultural attitudes shift in favor of fathers taking a more active role in parenting. On May 24, 2017, the Republic of Panama became the latest member of a growing group of countries that require paid paternity leave.

On March 8, 2017, Puerto Rico continued the overhaul of its employment laws by enacting, with immediate effect, Act No. 16, known as the “Puerto Rico Equal Pay Act.” The act is not only similar to the federal Equal Pay Act of 1963, it also requires that Puerto Rico courts interpret the act in accordance with its federal counterpart and related federal regulations.

In an effort to become more competitive in the face of a flagging economy, an attractive jurisdiction for establishing businesses and creating employment opportunities, and to increase talent acquisition and retention locally, Puerto Rico is overhauling its employment law regime through the enactment of the Labor Transformation and Flexibility Act (the Act). Puerto Rico’s new governor, Ricardo Rosselló, signed the Act into law on the morning of January 26, 2017. The Act dramatically alters the currently very employee-friendly labor and employment landscape in Puerto Rico, making it both more attractive for employers, while also increasing flexibility for employee schedules.