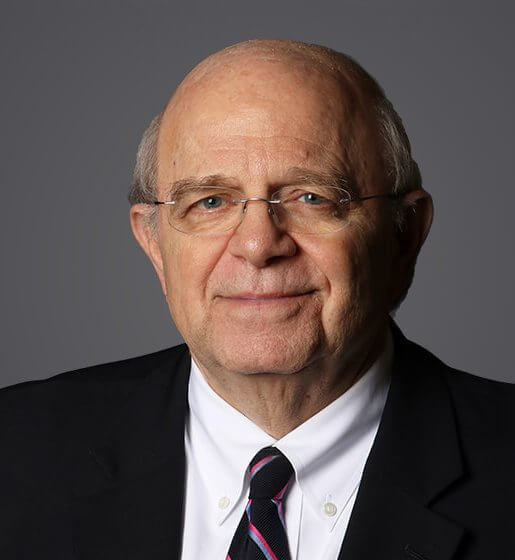 For almost 42 years, John Artz has been helping employers with personnel and policy issues and government regulation.  He concentrates his practice in employment and labor law, with a special emphasis on workplace safety and health (OSHA, safety, workplace violence), along with both counseling and litigation regarding gender, disability and racial discrimination (and workplace harassment), terminations, wrongful discharge, wage and hour, and workers’ and unemployment compensation.  He regularly advises employers with respect to applications and hiring, human relations policies, employee handbooks, disciplinary investigations, settlement agreements and releases, and leads training programs on a wide variety of employment-related matters.

He often draws on his background as a military pilot from 1968 to 1973, when he served on active duty as an Air Force officer, primarily as an aircraft commander, instructor and flight examiner in the Military Airlift Command, flying C-141 heavy jets. The experience of commanding a multimillion dollar aircraft and a crew of nine in missions all over the world (including combat zones) is useful even today in developing an organized approach to and resolving unexpected problems and dealing with people from all walks of life under stressful conditions.

John lives with his wife in the Highland Park neighborhood of Pittsburgh; they have three adult children and seven grandchildren.  When time permits, John enjoys introducing others to the joy of flight and landing on grass strips and the occasional farmer’s field in a yellow two-seat Cub with big, fat, soft tires.

Workplace safety and health: representation and counseling of employers including:

Representation of employers in employment discrimination matters before administrative agencies and courts, including:

Representation of employers before federal and state courts, and/or administrative agencies in litigation involving:

Out in Public in Pennsylvania? Face Coverings Required!

On July 1, 2020, Pennsylvania Secretary of Health Dr. Rachel Levine signed an order expanding face covering–wearing requirements in Pennsylvania. Under the order, face coverings must now be worn almost any time an individual leaves home, including in most outdoor settings.

On June 4, 2020, Magistrate Judge Donna M. Ryu of the U.S. District Court for the Northern District of California ruled in The Center for Investigative Reporting v. Department of Labor that employers’ injury and illness records, submitted to the federal Occupational Safety and Health Administration (OSHA), are not confidential and can be released if requested through the Freedom of Information Act (FOIA).

OSHA’s Electronic Recordkeeping Deadline Is Fast Approaching: Are You Ready?

An important deadline is upon us: March 2, 2020, is the deadline for electronically reporting OSHA Form 300A data for calendar year 2019.

OSHA Injury and Illness Records: Next Round of Electronic Submissions Due July 1

In 2016, the Occupational Safety and Health Administration (OSHA) amended its recordkeeping rule to require that certain establishments electronically submit their illness and injury records annually, beginning in 2017. For the first year, covered establishments were only required to submit their OSHA Form 300A.

Covered employers must post the Occupational Safety and Health Administration’s (OSHA) Form 300A between February 1 and April 30, 2017. Form 300A is a summary of the total number of job-related injuries and illnesses that occurred during a single year at each workplace. The notice should be posted in a conspicuous location where notices to employees are usually posted. Employers will want to make sure that the posting is not changed, vandalized, or covered by other material.