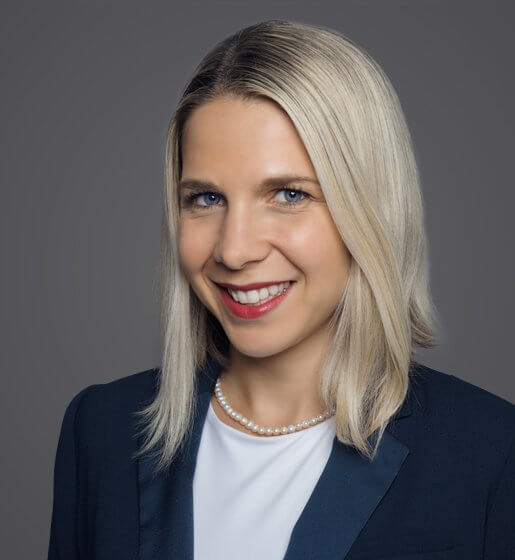 Kelly M. Peña is an employment litigator in the Miami office of Ogletree, Deakins, Nash, Smoak & Stewart, P.C. Kelly defends companies in state, local, and federal administrative proceedings, and she aggressively litigates employment disputes in state and federal courts. Kelly has defended a range of state and federal civil rights claims, involving alleged unlawful harassment, discrimination, and retaliation.  She also has significant experience litigating claims asserted under the Family and Medical Leave Act (FMLA), Americans with Disabilities Act (Title I and Title III), state whistleblower claims, and unpaid wage claims.  Kelly has obtained complete summary judgment on a range of lawsuits, including those alleging FMLA interference, FMLA retaliation, gender discrimination, hostile work environment, sexual harassment, religious discrimination, and age discrimination.  Kelly is also published on a number of employment law topics, including state, local, and federal protections for LGBTQ+ employees, and she has participated in panels, including those addressing the wave of employment cases following the inception of the #MeToo movement.

Kelly is dedicated to her clients and to her community.  She served on the Board of Directors for the Florida Association for Women Lawyers, Miami-Dade Chapter for five years.  During that time, she partnered with Lawyers for Children America in 2015 and founded an annual picnic to benefit foster youth in the community, now known as the MDFAWL Jamboree.  She also co-founded the Character and Fitness Committee in 2014, to address health and wellness concerns within the legal community.  Kelly also served as a committee chair for the Cystic Fibrosis Foundation for two years, the Court Care Silent Auction committee for two years, and she presently serves on the Board of Directors for the Rich Coast Project, a 501(c)(3) organization that serves to collect and archive local community history in Costa Rica.

During law school, Kelly interned with the Commonwealth of Massachusetts, and she served as a fellow with Northeastern University’s Program on Human Rights and the Global Economy, working at Oxfam America’s headquarters in Boston, Massachusetts.

On December 31, 2020, the Florida Supreme Court rendered an opinion in In Re: Amendments to Florida Rule of Civil Procedure 1.1510, No. SC20-1490, aligning Florida’s rules of civil procedure with the supermajority of U.S. states and formally adopting the federal standard for summary judgment motions.

On October 14, 2020, the Florida Fourth District Court of Appeal granted a petition for a writ of certiorari quashing a trial court’s discovery order that had compelled an employer to produce “financial worth” discovery in an employment discrimination case. While the trial court retained broad discretion over the scope of discovery, the appellate court held that the employee lacked an evidentiary basis to substantiate the need for financial worth discovery.

A federal district court in Los Angeles last week endorsed the possibility that a business may be able to avoid making a website accessible if it provides the same goods and services through telephonic customer service.

On March 10, 2017, the majority of a split Eleventh Circuit Court of Appeals panel affirmed a district court’s dismissal of a sexual orientation discrimination claim brought under Title VII of the Civil Rights Act of 1964.