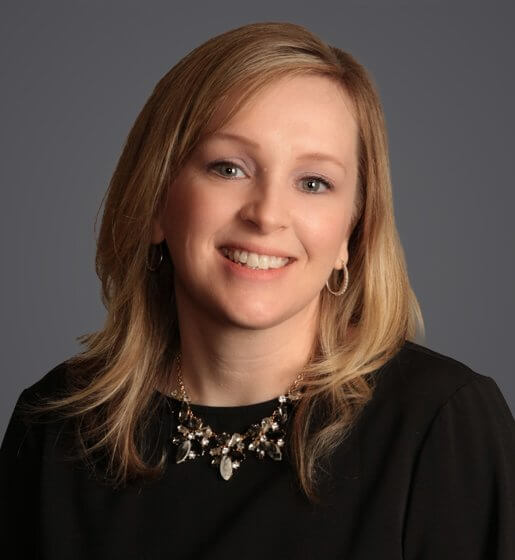 As Marketing Counsel, Melissa is a member of Ogletree Deakins’ Client Services department and is involved in the firm’s Request for Proposal (RFP) process. She also served as the lead writer for the firm’s Immigration Practice Group and was recognized as one of JDSupra’s Readers’ Choice Top Authors each year in the role.

Prior to joining Ogletree Deakins, Melissa served as in-house counsel at TowerCo, one of the largest independent wireless tower companies in the U.S., representing the company in all aspects of commercial real estate. During that time she managed due diligence, advised and implemented risk management solutions, and closed transactions valued in the hundreds of millions of dollars.

Before TowerCo, she was an attorney at a boutique law firm specializing in immigration, where she represented large and small companies, investors, entrepreneurs, and families in all stages of the immigration process. She regularly appeared before U.S. Citizenship and Immigration Services to advocate on behalf of clients, as well as the EOIR Immigration Court to defend clients against removal and deportation.

Melissa received her J.D. from Pennsylvania State University, Dickinson School of Law and her B.A. in Journalism from The College of New Jersey. She is licensed by the North Carolina Bar.

The ongoing COVID-19 pandemic has resulted in numerous presidential proclamations restricting travel and entry into the United States. Likewise, since the pandemic began, the criteria for “national interest exceptions” (NIEs) has also evolved. On March 2, 2021, the U.S. Department of State issued updated criteria for NIEs relating to certain travelers from the Schengen Area, United Kingdom, and Ireland. Given the frequency of the changes, it can be difficult to track the current state of these matters. The following information is a summary of the latest updates with regard to U.S. travel restrictions.

On December 1, 2020, the U.S. District Court for the Northern District of California granted a motion for summary judgment in favor of the plaintiffs that had requested to set aside two new regulations from the U.S. Department of Labor (DOL) and the U.S. Department of Homeland Security (DHS). The two rules, both published as interim final rules, changed the way Occupational Employment Statistics (OES) prevailing wages are calculated and changed the definition of a “specialty occupation”. As interim final rules, the DOL and the DHS bypassed the traditional, lengthier notice and comment rulemaking process under the Administrative Procedures Act (APA), with both agencies invoking the good cause exception and citing to the emergent circumstances created by the COVID-19 pandemic.

On August 12, 2020, the U.S. Department of State issued guidance on scenarios that may qualify for a “national interest exception” under Presidential Proclamation 10052 of June 22, 2020 (“Proclamation Suspending Entry of Aliens Who Present a Risk to the U.S. Labor Market Following the Coronavirus Outbreak”) and Presidential Proclamation 10014 of April 22, 2020 (“Suspending Entry of Immigrants Who Present Risk to the U.S. Labor Market During the Economic Recovery Following the COVID-19 Outbreak”). Citing economic disruptions caused by the COVID-19 pandemic, President Donald Trump issued the proclamations and temporarily suspended the entry of certain foreign nationals into the United States. Although both proclamations referenced exceptions for individuals “whose entry would be in the national interest,” formal guidance had not been released prior to this announcement.

On August 3, 2020, the Trump Administration issued an executive order  (EO) directing the secretaries of the Departments of Labor and Homeland Security to “take action … to protect United States workers from any adverse effects on wages and working conditions caused by the employment of H-1B [workers].”

On July 24, 2020, U.S. Immigration and Customs Enforcement’s (ICE) Student and Exchange Visitor Program (SEVP) issued updated guidance for international students pursing education programs in the United States. The follow-up guidance states that active students in F-1 and M-1 status, as well as schools certified by SEVP, should abide by SEVP guidance originally issued in March 2020, enabling schools and students to engage in distance learning in excess of regulatory limits during the COVID-19 public health emergency.