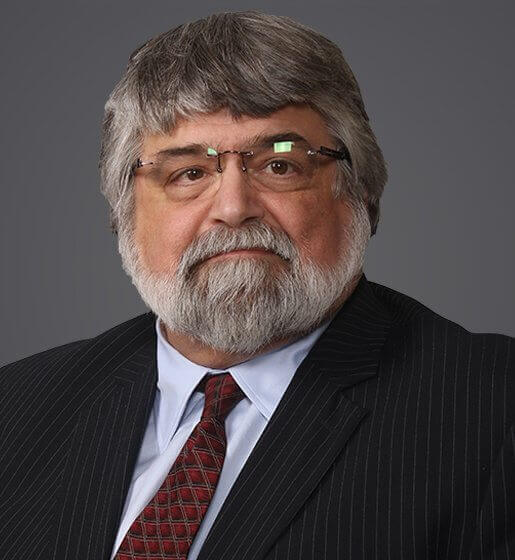 Since 2010, Tom has counseled employers and industry groups on regulatory and compliance issues under the Affordable Care Act. He speaks and writes frequently on specific aspects of agency guidance under the Act, such as grandfathered health plan status, implementation of mandated coverage terms, and planning for employer mandates that become applicable in 2014.

Tom has represented clients in appellate matters for more than 25 years, in cases before the U.S. Courts of Appeals and the Supreme Court, spanning a wide range of legal issues. Most recently, he submitted an amicus brief to the Eleventh Circuit on behalf of the South Carolina Chamber of Commerce in Florida v. HHS, urging the court to rule that the Affordable Care Act is invalid. In the Supreme Court, Tom wrote an amicus brief supporting the petitioners on Severability, which was filed on behalf of the Competitive Enterprise Institute, Thomas P. Miller of AEI, and nine other healthcare finance experts. He also was of counsel on an amicus brief supporting the States on the Medicaid Expansion question in that case, which was submitted on behalf of more than 50 members of the Indiana legislature and the James Madison Institute.

Tom also is a member of the firm’s Government Affairs practice. He represented the interests of small and independent business during the legislative process leading up to the adoption of the Affordable Care Act.  He advises business groups that submit comments on proposed regulations under the ACA, seeking to curb some of the regulatory excesses of the agencies with rule-making authority under the Act. In addition, he has written and spoken on strategies for employer groups to protect their interests in the face of regulatory over-reaching by the National Labor Relations Board.

During the Reagan Administration, Tom served as a Deputy Assistant Attorney General, and later as an Associate Deputy Attorney General, in the U.S. Department of Justice. He writes and speaks frequently on regulatory, legislative, and Constitutional issues affecting the employer community, and has been quoted in media outlets such as the Wall Street Journal, the Washington Post, and Investors Business Daily.

Tom has assisted clients in a variety of industries with such employee benefits matters as:

Tom has represented clients in appellate matters involving such issues as: The Supreme Court of the United States has held many times that the federal courts do not have jurisdiction over a lawsuit unless the plaintiff has standing to sue under the federal Constitution. To have standing, the Court has said that the plaintiff must show that he or she suffered or imminently will suffer a concrete and particularized injury to his or her legal rights; that the injury is fairly traceable to the conduct of the defendant; and that the injury can be redressed by a judgment of the court.

The deadline to respond is nearing for employers that received the first wave of Letter 226J mailings proposing to assess them with Employer Shared Responsibility Payments (ESRPs) for 2015 under Section 4980H of the Internal Revenue Code of 1986, as added by Section 1511 of the Patient Protection and Affordable Care Act (ACA).

Last month, the Supreme Court of the United States issued its decision in Spokeo, Inc. v. Robins, No. 13–1339 (May 16, 2016). Spokeo involved a lawsuit brought under the Fair Credit Reporting Act of 1970 (FCRA).   However, the Court’s opinion in Spokeo may create some new opportunities for defending against a broad range of claims under the Employee Retirement Income Security Act of 1974 (ERISA), including at least some types of fiduciary breach cases and perhaps even claims against plan administrators for a statutory penalty based on an alleged failure to provide copies of plan documents on request.

HRA Access for Spouses and Dependents: A New Wrinkle for Form 1095-C

Imagine that you are filling out Internal Revenue Service Form 1095-Cs for 2015 for an employer that offers employees the opportunity to elect self-only or family coverage under a minimum value group health plan. The plan includes a health reimbursement account (HRA) that the employee can use for copayments and deductibles under the plan. You are about to fill out Part III for an employee who elected self-coverage, by listing only the employee as a covered person when a question occurs to you: If the HRA can be used to pay for copayments and deductibles incurred by the employee’s spouse and dependents, should the spouse and dependents be listed in Part III as covered individuals (even though they are “covered” only under the HRA)? Then another question occurs to you: Can an HRA satisfy the market reform requirements of the Affordable Care Act (ACA) if it reimburses copayments and deductibles incurred by the employee’s spouse and dependents despite the employee’s enrollment for self-only coverage under the group health plan of which the HRA is a component part?

On Wednesday, March 4, 2015, the Supreme Court of the United States will hear argument in King v. Burwell, a case involving premium tax credits under the Affordable Care Act (ACA). Among its many provisions, the ACA includes one that authorizes a refundable federal income tax credit to assist low-income…..

A Treasury Department official announced late this afternoon that the Obama administration “will provide an additional year” before certain provisions of the Affordable Care Act go into effect. According to the announcement, the one year postponement effectively will extend to assessments against employers based on failing to offer coverage to…..