Get Your Hands Out of My Handbook: Lutheran Heritage Test Eviscerated as One of Miscimarra’s Parting Shots

On December 14, 2017, in The Boeing Company, the National Labor Relations Board (NLRB) reversed the 2004 decision in Lutheran Heritage that had created an unworkable standard that had made most employee handbooks across the nation unlawful in the view of the Board. Following on the Lutheran Heritage Village-Livonia case, the Obama Board had expanded—to previously unimagined degrees—its ability to fly-speck company rules and policies. The case also had put both unionized and nonunion employers that maintained employee handbooks directly in the crosshairs of unfair labor practice charges and election objections instigated by  disgruntled unions and employees—as almost every handbook maintained by even the most conscientious employer could be found to have violated the “standard”  created in in Lutheran Heritage.

The Board, in this 3-2 decision, highlighted six separate issues with the Lutheran Heritage standard and summarized that, “Paradoxically, Lutheran Heritage is too simplistic at the same time it is too difficult to apply.” The Boeing decision was not unexpected once the Trump Board was seated, as Chairman Miscimarra had previously stated in his dissent to a 2017 NLRB case, that the Lutheran Heritage standard “defies common sense and is contrary to the Act in numerous respects.” In fact, in his lengthy dissent in William Beaumont Hospital, then-member Miscimarra proposed a balancing test in place of this speculative and highly subjective test  based on whether Board members sitting in Washington imagined employees might interpret a handbook rule as “chilling” Section 7 rights even in the absence of record evidence.

Indeed, the reversal of Lutheran Heritage’s unworkable standard had been predicted in a recent U.S. Chamber of Commerce publication. In addition, Ogletree Deakins had filed an amicus brief urging reversal in the Boeing case on behalf of the National Association of Manufacturers.

Instead of adhering to Lutheran Heritage’s standard, the Board reversed and adopted a balancing test that comports with its obligation to weigh the employer’s justification for a rule or policy against its interference on activity protected by the National Labor Relations Act. The Board “will evaluate two things: (i) the nature and extent of the potential impact on NLRA rights, and (ii) legitimate justifications associated with the rule.” [Emphasis in original.]

Using its new standard, the Board reversed an administrative law judge’s finding that Boeing’s no-camera rule violated the NLRA. According to the Board, the employer’s legitimate business justification to protect proprietary information and national security interests outweighed any potential infringement on Section 7 rights of its employees. The Board provided further guidance by establishing three categories for how it will analyze employer rules moving forward:

This decision hopefully signals the beginning of the Trump Board bringing some sense of balance and practicality to its enforcement of the NLRA.

It is now easier for employers to comply with the recent amendment to the Illinois Human Rights Act (IHRA) requiring employers to provide sexual harassment prevention training to employees by December 31, 2020 (and annually thereafter).

The Trump administration’s plans to end the ability of spouses of H-1B visa holders to be granted work authorization now appear to be on a slower track than originally anticipated. Removing eligibility for work authorization to this class of foreign nationals requires promulgation of a new rule, the first step of which would be the issuance of a notice of proposed rulemaking (NPRM). 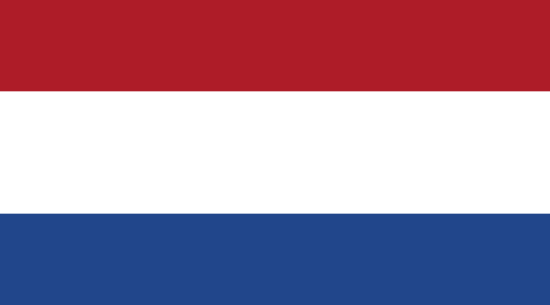