Litigation under the Employee Retirement Income Security Act (ERISA) involving the payment of benefits for residential treatment can be challenging—particularly when those claims involve eating disorders. A patient may argue that if treatment is discontinued prematurely, he or she will decompensate, lose the benefit of prior treatment, and risk physical and emotional harm. The employee welfare benefit plan may argue that it cannot simply continue to pay a claim where the evidence does not support the level of care.

In Krysten C. v. Blue Shield of California, 2016 WL 5934709 (October 11, 2016), Judge Richard Seeborg of the United States District Court for the Northern District of California concluded that Blue Shield of California did not abuse its discretion in determining that Krysten no longer needed residential treatment and could step down to a lower level of care. The opinion is instructive on what courts find significant when faced with this difficult issue.

Twenty-nine year-old Krysten had suffered from anorexia nervosa, major depressive disorder, and anxiety disorder since she was 14 years old. In April 2014, her weight dropped to 60 pounds and she was unable to walk. She was hospitalized for severe malnutrition and life-threatening electrolyte abnormalities caused by her eating disorder. Two months later, on June 30, 2014, Krysten was admitted to a residential treatment center. She still had medical complications at that time, included osteopenia, amenorrhea, hypokalemia, shortness of breath, chest tightness, and gastroparesis.

Krysten was a covered beneficiary under a plan governed by ERISA and administered by Blue Shield. Blue Shield paid benefits and then reevaluated the claim after six weeks. Blue Shield physician Dr. Jorge Zapatel, a board-certified psychiatrist, consulted with Krysten’s treating physician on August 22, 2014 and reviewed her medical records. He found that Krysten’s weight had increased to 110.2 pounds, 83 percent of her ideal body weight. With this progress, Dr. Zapatel found that Krysten no longer required residential treatment. He approved coverage through August 29, 2014, so that Krysten could transition to a lower level of care.

On August 29, Dr. Zapatel reviewed additional medical records and again concluded Krysten no longer required residential care. Zapatel found that Krysten wanted the additional time because it was a long weekend and her ex-boyfriend was coming to visit. Dr. Zapatel felt that the residential care facility could have planned the discharge in a timely manner to coincide with medical necessity. He also noted that Krysten had access to a lower level of care and a place to live.

Krysten appealed the decision. Board-certified psychiatrist Dr. Thomas Carlton reviewed her medical records and concluded that there was no evidence that Krysten required residential treatment. Krysten was at a normal weight. She reported anorexic thoughts and impulses, but no severe eating disordered behavior had been reported for some time. There were minor physiologic changes, including that her pulse increased when she stood, but these did not appear to threaten Krysten’s health. Dr. Carlton also found that there was “no clarity regarding the treatment plan,” and there was no evidence of serious planning for discharge for the past two months.

Blue Shield also obtained a review from board-certified psychiatrist Dr. Karam Radwan, who was employed by a company independent of Blue Shield. Dr. Radwan concluded that Krysten was around 84 percent of her ideal body weight and had been compliant with treatment. She ate her meals, her heart condition appeared to be stable, and she did not have any severe comorbid acute medical conditions that could not be treated in a less restrictive setting.

The court first concluded that the “abuse of discretion” standard applied, as the parties agreed that the plan vested Blue Shield with discretionary authority.  Citing  Montour v. Hartford Life & Acc. Ins. Co., 588 F.3d 623, 630-631 (9th Cir. 2009) the court determined that, under this standard, it must take into account the extent to which a conflict of interest appears to have motivated an administrator’s decision, but that was only “one among potentially many relevant factors that must be considered.”  The degree to which a conflict may have ‘tainted’ the decision-making should be evaluated in light of what all the facts and circumstances indicate.

The Court’s Decision on the Merits

Judge Seeborg concluded that Blue Shield had adequately shown that it exercised its discretion in a reasonable manner by relying on the opinions of the three physicians that Krysten had progressed to a point that residential treatment for her condition was no longer medically necessary.

The court relied on the following evidence in reaching its decision:

The court found the recommendation of continued treatment at the partial hospitalization level significant because Krysten’s main argument for continuing residential treatment was that she was still suffering from an eating disorder and still was at risk for relapse. The court felt that “the record very plainly establishes that ongoing treatment was medically necessary.” However, the court ruled in favor of Blue Shield in part because Krysten did not show, and largely did not even address, why it was an abuse of discretion for Blue Shield to conclude that residential treatment was no longer medically necessary.

The evidence relied on by Blue Shield all pointed to the fact that the company acted reasonably in evaluating the claim. The key theme for plaintiffs in residential treatment cases is that the plan, by refusing to provide additional authorization for residential treatment, is placing the patient at a significant risk of relapse and self-harm.

Blue Cross was able to overcome this argument first with peer reviews that clearly explained Krysten’s clinical status. It is apparent from the court’s opinion that the peer reviewers gave Krysten and her treating physicians every opportunity to submit evidence in support of additional authorization for residential treatment care. It is also clear from the opinion that the peer reviews were detailed enough in their analyses that the court found their conclusions to be compelling.

In addition, Blue Shield’s emphasis on the fact that the issue was a step down into a different level of treatment, and not abandoning treatment altogether, helped the court have some assurance that there was a  safety net in the event that Krysten regressed. Krysten also had a place to live and access to treatment.

Finally, the fact that Blue Shield authorized an additional week of residential treatment to ensure that Krysten’s treating physicians had time to arrange the appropriate step down care also demonstrated the reasonableness of Blue Shield’s position. It showed that the company was paying attention to Krysten’s well-being and wanted to ensure that the appropriate care was in place.

On December 3, 2019, in Heraeus Medical, LLC v. Zimmer, Inc., the Indiana Supreme Court reaffirmed the “blue pencil doctrine,” likening the doctrine to an eraser and stating that Indiana courts may only delete language from overbroad restrictive covenants; they cannot reform or add to such agreements. 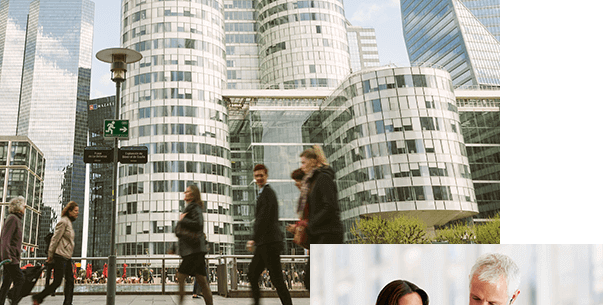