On January 25, 2019, the Occupational Safety and Health Administration (OSHA) published in the Federal Register its revisions to its electronic recordkeeping rules. As expected, OSHA eliminated the requirement for employers to electronically submit Forms 300 and 301 to OSHA. The rule, located at 29 C.F.R. Section 1904.41, still requires employers in the following two categories to electronically submit Form 300A to OSHA annually: (1) establishments with 250 or more employees; and (2) establishments with 20 to 249 employees in certain industries designated by OSHA. The rule also requires those employers to submit their Employer Identification Numbers. In other words, OSHA generally adopted as the final rule what it issued in its proposed rule back in July 2018. As expected, OSHA made no effort to rescind or reverse Section 1904.36, which allows the agency to issue citations for employee whistleblower discrimination or retaliation without a complainant and without regard for the Occupational Safety and Health Act of 1970’s Section 11(c) requirement that whistleblower complaints be filed by a complainant within 30 days of an adverse action.

OSHA justified the change on the grounds of worker privacy, stating that the rule would “prevent[] routine government collection of information that may be quite sensitive, including descriptions of workers’ injuries and the body parts affected, and thereby avoid[] the risk that such information might be publicly disclosed under the Freedom of Information Act (FOIA) or through the Injury Tracking Application.” OSHA also concluded that any benefit of collecting data from Forms 300 and 301 “is uncertain.” The agency explained it could not guarantee that personal identifying information (PII) would be redacted from employer submissions due to the volume of data submitted by employers, forcing the agency to resort to “de-identification software,” which “is not 100% effective.” Thus, OSHA felt “avoiding this risk to worker privacy outweighs the data’s uncertain incremental benefits to enforcement.”

Unions saw this coming, and they are not happy. Peg Seminario of the American Federation of Labor and Congress of Industrial Organizations (AFL–CIO) urged the White House Office of Management and Budget (OMB) to recall the rule. The AFL–CIO and other unions requested a meeting on December 19, 2018, but they claim they never received a response from OMB.

Unions fought hard years ago to have OSHA include Forms 300 and 301 in its original electronic recordkeeping rule, which was issued in May 2016. They will almost certainly file challenges to this rule and assert the agency violated the Administrative Procedure Act by reversing course from the 2016 version, where OSHA maintained it could adequately protect any PII. The current administration at OSHA, however, suggests the previous OSHA administration’s claim was disingenuous; the agency never developed a secure portal while the 2016 rule was developed or after it was finalized, and it would have to expend significant resources to build such a portal, at the expense of OSHA enforcement efforts.

While there has been no effort to rescind or modify 29 C.F.R. Sections 1904.35(b)(1)(i) and 1904.36, it is unclear what effect the rule may have on the two lawsuits pending in federal courts in Dallas and Oklahoma City challenging these rules. OSHA did back off from its earlier controversial interpretations of these anti-retaliation provisions in October 2018, but the last update the agency presented to the federal court in Oklahoma merely mentioned this rulemaking was underway. OSHA was due to file another status report with the court on January 9, 2019.

It seems likely that litigation will ensue on the final rule. Meanwhile, if an employer has an establishment that is required to submit a Form 300A for 2018, it must electronically submit it to OSHA by the March 2, 2019, deadline. 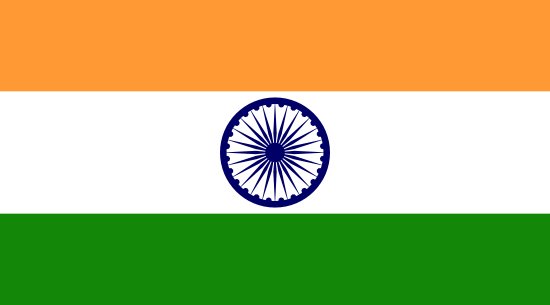 To prevent the spread of COVID-19, the Government of India has issued an order prohibiting all inbound international flights to India beginning March 22, 2020. The current ban is set to expire on March 29, 2020, but is subject to change.

On November 24, proposed amendments to Apprenticeship Training Programs, Parts 600 and 601 to Title 12 NYCRR, were published in the New York State Register and posted on the New York Department of Labor’s website. The stated purpose of the amendments is to revise the state Apprenticeship Training Program regulations to clarify training program procedures and standards, to enhance the evaluation and performance of registered programs, and to ensure conformity with federal regulations applicable to state apprenticeship agencies.