The National Labor Relations Board (NLRB) recently deemed a car dealership’s prohibition on “pins, insignias, or other message clothing which are not provided to them by the company” overly restrictive and a violation of the National Labor Relations Act (NLRA). Boch Imports, Inc., NLRB, No. 1-CA-83551 (January 13, 2014). According to the Board, by implementing and maintaining this rule in its employee handbook, the employer violated section 8(a)(1) of the NLRA, which prohibits employers from interfering with employees as they engage in concerted activity. Boch Imports, Inc., doing business as Boch Honda, maintained an employee handbook containing several rules and policies that became the subject of an unfair labor practice charge, which a local of the International Association of Machinists & Aerospace Workers filed on June 12, 2012. The union alleged that the provisions of the handbook were overly restrictive and a violation of Section 8(a)(1) of the NLRA. The handbook sections to which the union initially objected included provisions regulating “Confidential and Proprietary Information,” “Discourtesy,” “Inquiries Concerning Employees,” “Dress Code,” “Solicitation/Distribution,” and “Social Media.”

After an initial consultation with a regional office of the NLRB, Boch revised all of the subject provisions in 2013, other than the dress code provision, which prohibited employees who had contact with the public from wearing pins, insignias, or other “message clothing.” Under NLRB precedent, a rule that curtails an employee’s right to wear union insignia at work is presumptively invalid. That presumption can be overcome only by a showing that special circumstances exist that would make such a rule necessary to “maintain production or discipline, or to ensure safety.”

Boch defended its dress code policy by asserting that pins are a safety hazard that could injure employees and damage vehicles. It also argued that as “Number 1 on the Planet,” Boch believed that the dress code was necessary to protect its image. The NLRB agreed with the rationale regarding pins, but otherwise disagreed and found that a “message clothing” provision was overly broad and in violation of the NLRA.

As a remedy for the infraction, the NLRB ordered Boch to rescind the dress code policy other than the provision regarding the wearing of pins, and to disseminate a corrected employee handbook. The Board also required the company to post a notice for 60 consecutive days in “conspicuous places” and to assure that the notice was not defaced or damaged. The notice included the following language:

FEDERAL LAW GIVES YOU THE RIGHT TO

This language is of particular interest, since on January 2, 2014, the NLRB decided not to seek Supreme Court of the United States review of two circuit courts of appeals decisions invalidating the NLRB’s notice posting rule, which would have required most private sector employers to post notices of employee rights including the same language that the NLRB required the employer to post in this case, in most workplaces in the country. Even though the NLRB’s rule, which required such a posting has been struck down by two circuit courts, the NLRB can use its decisions related to employer actions to require that language to be posted on a case-by-case basis when employers have been found to violate the NLRA in any way, regardless of how limited or narrow the substantive violation is. Therefore, employers should be especially vigilant in complying with the NLRA in order to avoid the double penalty of posting a specific notice to employees regarding the subject violation, in addition to a general notice of employee rights regarding the formation of unions. 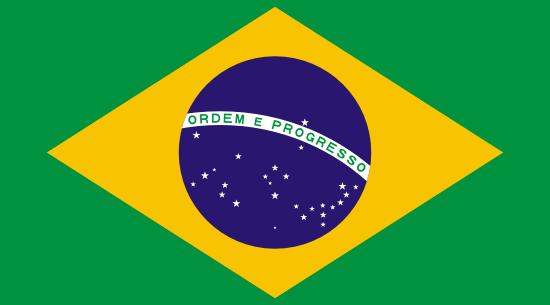 A Primer on Voting Leave Requirements: Are You Ready for the Mid-Term Elections?

General elections are scheduled for Tuesday, November 4, 2014. This mid-term election will see all 435 seats in the U.S. House of Representatives and 33 of the 100 seats in the U.S. Senate up for grabs. In addition, numerous states will hold elections for governors, state legislators, and will determine…..

On March 2, 2021, the City Council of Santa Ana, California, passed an urgency ordinance establishing premium pay for grocery and retail pharmacy workers during the COVID-19 pandemic. Santa Ana is the county seat of Orange County, located southeast of Los Angeles.