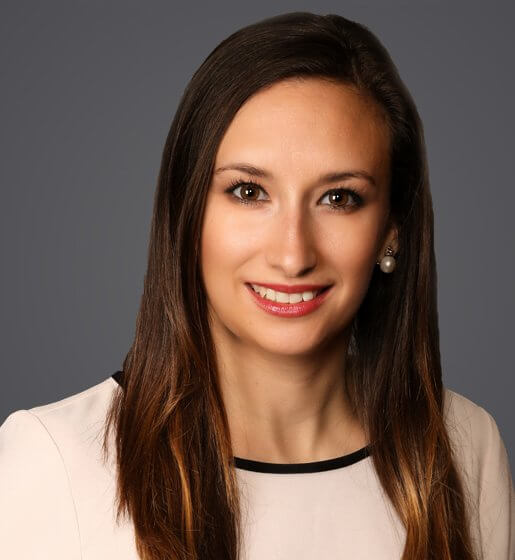 Abbey Wallach represents employers of all sizes on all matters impacting their employees under federal and state law, including compliance with Title VII of the Civil Rights Act, the Americans with Disabilities Act (ADA), the Age Discrimination in Employment Act (ADEA), the Family and Medical Leave Act (FMLA), and the Fair Labor Standards Act (FLSA), and the Employee Retirement Income Security Act (ERISA), as well as breach of restrictive covenant and trade secret litigation. Abbey conducts investigations; handles charges of discrimination, harassment and retaliation; and defends any ensuing litigation in state and federal court. In addition, she advises employers to prevent litigation by drafting policies compliant with state and federal law and addressing day-to-day employee issues. Abbey also has experience conducting Title IX and employment law investigations for universities.

Abbey is also deeply committed to community engagement. She maintains an active pro bono practice and serves on the board of the Rose Andom Center. She also manages fundraisers for a local politician’s reelection campaign, mentors a college student through the Law School Yes We Can program, and is a member of the Women’s Foundation of Colorado Empowerment Council. Previously, Abbey served on the Rose Andom Center Young Professionals Council Board and volunteered with Project Safeguard’s pro se legal clinic.

Prior to joining Ogletree Deakins, Abbey practiced at two Denver-based law firms and clerked for Judge Gale Miller on the Colorado Court of Appeals.

Colorado Employers—Get Ready for a Wave of New Laws

The Colorado General Assembly was busy drafting and passing numerous employment laws during its 2022 legislative session, creating a wave of change for employers in the Centennial State.

The Colorado Department of Labor and Employment (CDLE) has been busy this summer with the release of several Interpretive Notice & Formal Opinions (INFOs), providing guidance on the evolving landscape of Colorado employment law.

Nearly two years after declaring a public health emergency exists due to the COVID-19 pandemic, the U.S. Department of Health and Human Services (“HHS”) has extended that determination yet again. On January 14, 2022, U.S. Secretary of Health and Human Services Xavier Becerra announced the eighth consecutive renewal of the nationwide COVID-19 public health emergency.

The pandemic may be waning, but the requirement for Colorado employers to provide supplemental public health emergency leave to employees under certain COVID-19–related circumstances continues. On October 15, 2021, U.S. Secretary of Health and Human Services Xavier Becerra announced another extension of the nationwide COVID-19 public health emergency, effective October 18, 2021.

On May 6, 2020, the U.S. Department of Education released final regulations governing how institutions that receive federal financial assistance covered by Title IX of the Education Amendments of 1972 (Title IX) must respond to allegations of sexual harassment. Notably, in the decades during which the department has been responsible for overseeing Title IX compliance, this is the first time it has issued regulations addressing sexual harassment as a form of prohibited sex discrimination under Title IX.