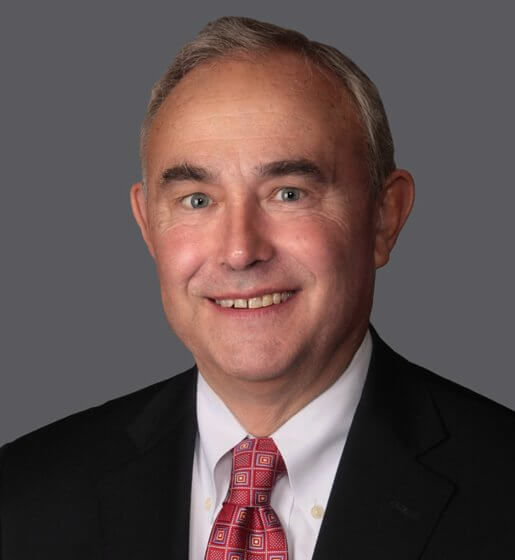 Mr. Robinson has practiced labor and employment law and advised business clients on employment compliance issues for most of his career.  His practice focuses on wage and hour matters and he is Co-Chair of the firm’s Wage and Hour Practice Group.  His wage and hour practice covers minimum wage, overtime, child labor and recordkeeping requirements of the Fair Labor Standards Act (FLSA), the Family and Medical Leave Act (FMLA), the Davis-Bacon Act (DBA), the Service Contract Act (SCA), the Migrant and Seasonal Agricultural Worker Protection Act (MSPA), and a number of employment standards and worker protections provided in the immigration law.  Also, he counsels employers on a wide variety of compliance issues arising under wage and hour and prevailing wage laws and he represents employers in investigations by federal and state agencies.  Additionally, Mr. Robinson advises employers in defending against wage and hour claims in federal and state courts.  He counsels employers on human resources, employment discrimination and labor relations matters and represents employers before the Equal Employment Opportunity Commission, National Labor Relations Board, United States Labor Department, and other administrative agencies.

Before joining Ogletree, he served as the acting Administrator of the Wage and Hour Division (WHD) of the United States Department of Labor.  WHD administers and enforces a variety of the wage and hour labor standards statutes that are national in scope and that enhance the welfare and protect the rights of the nation’s workers such as the FLSA, DBA, SCA, etc.  Prior to becoming acting Administrator, he served as Deputy Administrator for Policy and as Senior Policy Advisor of the Wage and Hour Division of the US Department of Labor.  Before joining the U.S. Department of Labor, Mr. Robinson was a member of the South Carolina House of Representatives from 1992 until 2002.  He also has served on the board of directors for the South Carolina Jobs-Economic Development Authority, a state agency that is focused on job creation and economic development.

Mr. Robinson is a frequent writer, speaker and commentator on a wide range of wage and hour topics.  Additionally, he serves on the personnel committee at his church and is a board member for his homeowners association.

Insights by Alfred B. Robinson, Jr.

On June 8, 2020, the U.S. Department of Labor’s (DOL) Wage and Hour Division (WHD) published its revised fluctuating workweek methodology regulation for calculating overtime in the Federal Register. The new final rule goes into effect on August 7, 2020.

On March 9, 2020, the U.S. Department of Labor’s (DOL) Wage and Hour Division posted a helpful guidance for employers addressing some of the issues they are likely contemplating with respect to employee wages in different COVID-19 scenarios. “COVID-19 or Other Public Health Emergencies and the Fair Labor Standards Act Questions and Answers” offers answers to a number of questions related to emergencies generally under the federal wage and hour laws. Here is what you need to know.

On January 7, 2020, the U.S. Department of Labor’s Wage and Hour Division (WHD) issued three opinion letters, two of which concerned the Fair Labor Standards Act (FLSA). (The other dealt with the Family and Medical Leave Act of 1993.) These opinion letters are the first of the new year and a new decade.

In a development sure to be welcomed by employers, the U.S. Department of Labor (DOL) issued revised regulations allowing employers to more easily offer perks and benefits to their employees without affecting the employees’ overtime rates. The revised regulations were published on December 16, 2019, in the Federal Register and will be effective on January 15, 2020.

On November 4, 2019, the U.S. Department of Labor (DOL) announced its notice of proposed rulemaking (NPRM) that would give employers more flexibility in the way they calculate overtime pay for workers with inconsistent schedules that result in workweeks with varying hours of work.

The new overtime rule, which the U.S. Department of Labor (DOL) announced on September 24, 2019, was published in the Federal Register on Friday, September 27, 2019.