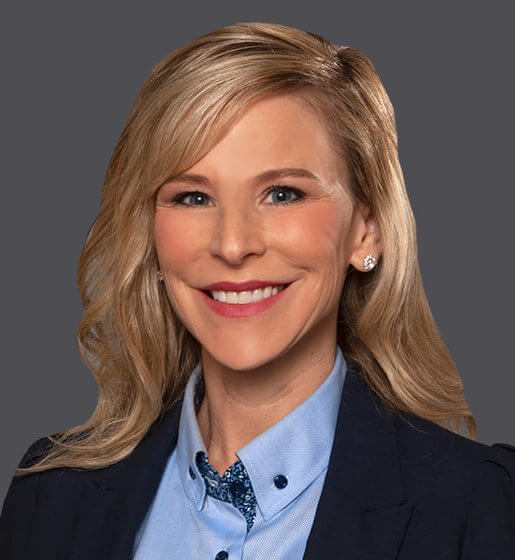 Amy’s practice is devoted to representing management in all phases of employment-related disputes and litigation.  She has successfully defended claims under Title VII, Section 1981, the ADA, ADEA, and FMLA, and regularly provides advice and counsel on personnel and leave issues arising under USERRA.  Amy is uniquely situated to advise on USERRA as a current reserve component member of the United States Army Judge Advocate General’s Corps, Alabama Army National Guard.

Amy clerked for the Honorable James H. Hancock, Senior United States District Judge, and served as interim clerk to the Honorable Madeline Hughes Haikala.  She also served as a judicial law clerk to the court for the Northern District of Alabama, reporting to Chief Judge Karon O. Bowdre.  As a court law clerk, Amy prepared memorandum opinions for numerous judges in the Northern District of Alabama.

Amy previously worked as corporate counsel and employment law advisor to a firm client.  In this role she conducted a comprehensive audit and review of the company’s written and unwritten employment policies and practices and provided training to human resources managers on EEO best practices.

As an attorney in the Army JAG Corps, Amy has served as Trial Counsel to the 62nd Troop Command, Montgomery, Alabama (2016-2018), and Trial Counsel to the 167th Theater Sustainment Command, Fort McClellan, Alabama (2018-2020).  She currently serves as the Deputy of Administrative Law, Joint Force Headquarters, Montgomery, Alabama, with a command advisory role at the Alabama Army National Guard Medical Detachment in Birmingham, Alabama (2020 – present).

In 2015, Amy was recognized by the Alabama Access to Justice Commission for pro bono service through the Birmingham Bar Volunteer Lawyers Program.

Veterans Day And a Reminder of Employers’ Military Leave Obligations

The Uniformed Services Employment and Reemployment Rights Act of 1994 (USERRA) is a federal law that protects the civilian employment of active and reserve component military personnel and veterans. USERRA is a straightforward law with a central objective: to not penalize service members for their service. While most employers have probably handled numerous leave requests related to pregnancy, disability, or illness, employers are perhaps less likely to encounter requests for USERRA leave. Less than one percent of the population serves in the United States military, with approximately 1.3 million active duty personnel and 802,248 active reserve component members from all branches combined. Still, the number of military personnel in the civilian workforce is substantial enough that employers are likely at some point to receive a military leave request or USERRA-related question.