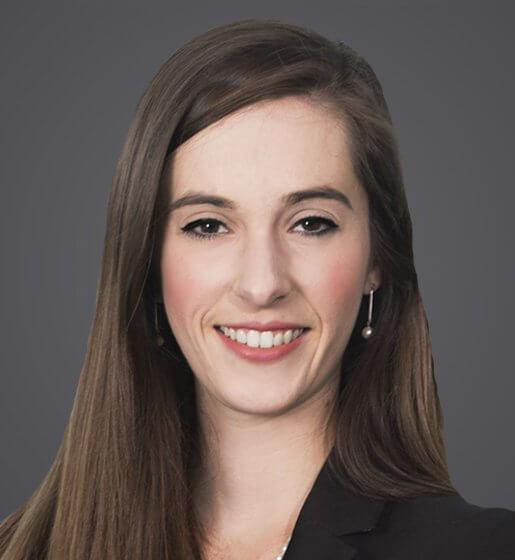 Ms. Bianchini attended the University of California, San Diego, where she was squad captain of the women’s epee fencing team, Southern California Intercollegiate Fencing Conference champion for the 2010-2011 season, and earned a silver medal at the 2010 U.S. National Championships in Division II.

Ms. Bianchini earned her law degree from Washington and Lee University School of Law in 2014. While in law school, she was a student attorney with W&L School of Law’s nationally-recognized Black Lung Legal Clinic, where she successfully represented a client before an Administrative Law Judge. Her work resulted in the client receiving federal black lung benefits.