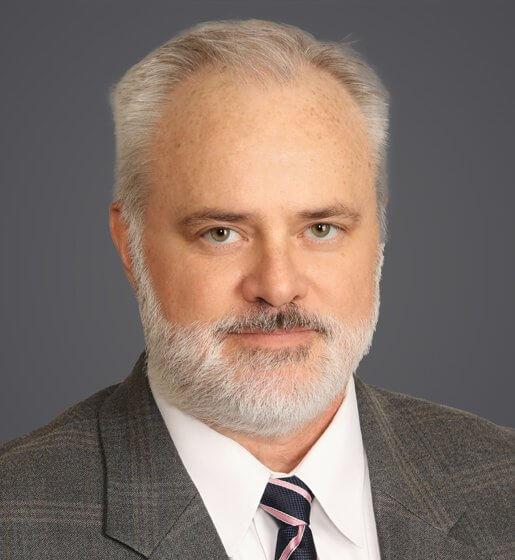 Mr. Turner is a shareholder in the Dallas office of Ogletree Deakins, a national firm whose focus is the representation of management in all aspects of labor and employment matters. Mr. Turner received his bachelor’s degree in economics from Baylor University, qualifying for departmental honors. Mr. Turner received his law degree from the William H. Bowen School of Law of the University of Arkansas at Little Rock. He graduated with honors and was a member of the UALR Law Journal, serving as an editor during his second year.

Following law school, Mr. Turner joined the Little Rock office of the Friday, Eldredge & Clark law firm, where he became a partner in the firm’s Labor, Employment and Health law section. In 1998, Mr. Turner became a shareholder in the McFall Law Firm, which merged with Ogletree Deakins effective January 1, 2000 to become the firm’s Dallas office. In May 2002, Mr. Turner left Ogletree Deakins and practiced as a principal in the Dallas litigation boutique Fisher, Holmes and Turner, P.C. There he continued his employment practice, and expanded his practice to include commercial and probate litigation.  Mr. Turner has been recognized by his peers as a Texas “Super Lawyer” in the field of labor employment law. Mr. Turner is AV rated by Martindale-Hubble, which is the highest rating conferred by the publisher for legal ability and ethical conduct.

Mr. Turner returned to Ogletree Deakins in 2008. He handles a wide range of litigation matters, and has extensive experience litigating employment matters in state and federal courts throughout the region, including Texas, Arkansas, Oklahoma, and Louisiana.  In addition to defending employment-related lawsuits, Mr. Turner has substantial experience designing and enforcing covenants not to compete and non-recruitment covenants to prevent the misuse of a company’s trade secrets and confidential information. He regularly represents companies and individuals in injunction proceedings relating to these matters.

Hurricane Harvey: Wage and Hour Issues in the Wake of the Storm

As employers reopen their doors for business in the wake of Hurricane Harvey, here are some key points to keep in mind regarding wage and hour issues related to the storm.

Hurricane Harvey has caused massive damage and displacement of individuals in southeast Texas. For employees who have been unable to work during the past week, and for those who may not be able to return to work in the near future, there is an obvious financial and emotional toll.

Arkansas’s New Minimum Wage Goes Into Effect in the New Year: Are You Ready?

A reminder to all employers with operations in Arkansas: The minimum wage in Arkansas will increase to $8.00 per hour effective January 1, 2016. Employers should ensure their payroll coordinators or payroll service providers are taking appropriate, timely steps to comply with the change.