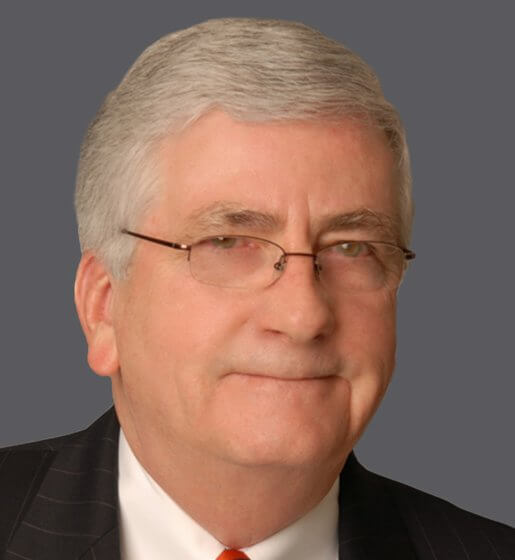 Brian Hayes is a Shareholder in the Washington, DC office of Ogletree Deakins and serves as Co-Chair of the law firm’s Traditional Labor Relations Practice Group. Immediately prior to his joining the firm he was a Member of the National Labor Relations Board.  He was confirmed to that post by the United States Senate in 2010 and his term ended in December of 2012. He is currently a Member of the U.S. Chamber of Commerce Litigation Advisory Committee and was recently named Chairman of the U.S. Chamber’s Subcommittee on the National Labor Relations Act. He also serves as editor in chief for The Practical NLRB Advisor.

Prior to his nomination and confirmation to the NLRB, Brian Hayes served as the Republican Labor Policy Director for the United States Senate Committee on Health, Education, Labor and Pensions.  He came to Capitol Hill in 2005 after nearly thirty years in private legal practice devoted exclusively to representing management clients in labor and employment matters.  While in private practice he represented clients in scores of cases before NLRB, state and federal courts, and a host of other federal agencies such as the EEOC, OFCCP, OSHA, the Department of Labor and their state counterparts. He also has had extensive private practice experience representing employers in collective-bargaining negotiations, arbitrations and other forms of dispute resolution. In addition to his private practice, he served as Counsel to the Employers’ Association of the Northeast, editor-in-chief and contributor to The Health Care Labor Manual, and also served on the adjunct faculty of Western New England Law School teaching courses in labor law, and collective-bargaining, arbitration and employment litigation.  Before entering private practice he began his legal career at the NLRB working as a law clerk to the Chief Administrative Law Judge while in law school and subsequently as counsel to the then-Board Chairman. He is a graduate of Boston College and of Georgetown University Law School.

Part one of this two-part series covered changes to U.S. labor law policies that employers can expect to see with the new administration. Part two is a brief summary of the most prevalent issues in current labor law and their likely disposition under a new Biden administration and National Labor Relations Board (NLRB).

The election of Joseph R. Biden Jr. to the White House, a long-time vocal supporter of organized labor, coupled with control of both houses of the U.S. Congress by the traditionally labor-friendly Democratic Party, is the prelude to changes on the labor law front, a number of which are potentially significant. (Note that following Democratic victories in both Georgia runoff races, the U.S. Senate is technically split 50-50. However, in case of a tie vote in the Senate, Vice President Kamala Harris is constitutionally empowered to cast a tie-breaking vote. Thus, Democrats have control of the upper chamber, albeit by a very slim margin.) The two major engines of this anticipated change will be the U.S. Congress, most especially the U.S. Senate, and the National Labor Relations Board (NLRB). Part one of this two-part series regarding labor law policy and the new administration discusses these anticipated labor law changes.

On August 12, 2019, the National Labor Relations Board (NLRB) will publish a notice of proposed rulemaking (NPRM) with regard to certain of its election and recognition policies.

The first Monday in September has been designated as “Labor Day”—a national holiday set aside to celebrate and commemorate the contributions that hardworking Americans have made to the prosperity and well-being of our country. As originally designed, it was to be celebrated by street parades to exhibit to the public…..