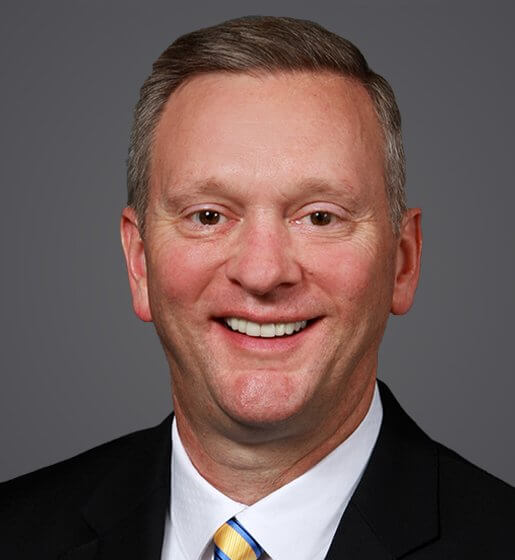 Mr. McFall is Board Certified by the Texas Board of Legal Specialization in Labor and Employment Law and is a Shareholder in the Dallas, Texas office. Mr. McFall graduated from St. Mark’s School of Texas in Dallas and then received his bachelor’s degree, summa cum laude, from Emory University. At the conclusion of his undergraduate career, Mr. McFall was inducted into Phi Beta Kappa.  Mr. McFall received his law degree, with honors, from the University of Texas at Austin.  At the end of his second year of law school, Mr. McFall received the Board of Advocates’ Scott, Douglass & Luton Litigation Scholarship for excellence in advocacy and scholarship.  Mr. McFall was also a member of the Texas Law Review, serving as its Book Review editor his third year.  Mr. McFall graduated as a member of the Chancellors, the highest honorary legal order of the University of Texas School of Law, and Order of the Coif.

After graduation from law school, Mr. McFall served as a law clerk to the Honorable A. Joe Fish, Senior Judge, United States District Court, Northern District of Texas.  Following his clerkship, Mr. McFall joined the Dallas, Texas office of Baker Botts, L.L.P. as an associate in the firm’s Trial section.  In 1994, Mr. McFall joined McFall Law Firm, which merged with Ogletree Deakins effective January 1, 2000.  In 2002 through 2020, Texas Monthly magazine recognized Mr. McFall as a “Texas Super Lawyer” in employment litigation.  Mr. McFall has been recognized by Best Lawyers in America and Chambers USA in labor and employment law. In May 2017, D Magazine recognized Mr. McFall as one of the “Best Lawyers in Dallas.”

Mr. McFall has extensive experience litigating employment matters in state and federal courts throughout the United States.  He has defended employers in cases arising under Title VII, state discrimination statutes, the Americans with Disabilities Act, the Fair Labor Standards Act, the Age Discrimination in Employment Act, and the Family Medical Leave Act, as well as defended against state law causes of action such as wrongful discharge, defamation, intentional infliction of emotional distress, and negligent hiring and supervision.  Mr. McFall has experience defending discrimination class actions and collective actions arising under the Fair Labor Standards Act.  Mr. McFall also has broad experience litigating disputes pertaining to restrictive employment covenants, such as covenants not to compete, non-recruitment covenants, and covenants prohibiting the disclosure of trade secrets and confidential information.  Mr. McFall has obtained summary judgments or dismissals on behalf of clients in dozens of cases filed in state and federal courts, and he has successfully defended those decisions in the appellate courts.

Mr. McFall has considerable experience counseling employers regarding human resource problems and strategies, including discipline matters, termination decisions, employment contracts, arbitration agreements, and wage-hour law compliance.  A significant part of Mr. McFall’s practice is also devoted to management training and drafting human resource policies and procedures. Mr. McFall has experience in traditional labor matters as well.  He has counseled clients in union elections and campaigns, conducted union avoidance training and arbitrated myriad matters before the National Labor Relations Board.  Mr. McFall is a member of the State Bar of Texas and the Dallas Bar Association.