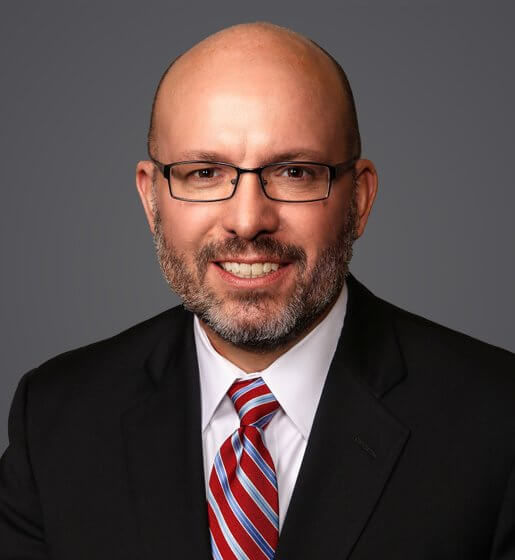 Chris Murray is Co-Chair of the firm’s Arbitration and Alternative Dispute Resolution Practice Group. In this role, he assists attorneys throughout the firm and clients nationwide to create, roll out, and enforce effective employment arbitration agreements and other ADR programs. Chris has extensive experience with class/collective action waivers in employment arbitration. Chris was part of the Ogletree team that successfully defended the use of such waivers in the Fifth Circuit’s landmark decision in D.R. Horton, Inc. v. N.L.R.B. Since then, he has successfully defended the enforceability of class action waivers in numerous subsequent cases and submitted an amicus brief on the subject on behalf of several major employers’ associations in the Supreme Court’s Epic Systems case. Chris assists clients and the Firm’s attorneys to draft or revise arbitration programs focused on a client’s specific needs and goals and in light of changing law and evolving best practices.

Chris also assists employers in addressing a wide variety of employment issues. He advises companies and other organizations on compliance issues, helping clients understand what the law requires and how it applies to their circumstances. He collaborates with clients to develop effective policies and procedures and works with management in handling day-to-day employment and personnel matters.

Chris devotes a substantial portion of his practice to representing clients in litigation and administrative proceedings. He regularly defends employers in single-plaintiff matters in court and arbitration. He has significant experience defending class and collective actions. In 2017 and 2018, Chris led a team that obtained the decertification of two nationwide collective actions with thousands of opt-ins. He also regularly handles appeals in state and federal Courts. Chris has briefed cases in the Second, Fourth, Fifth, Sixth, Seventh and DC Circuits and has argued in the Second, Fifth, and Seventh Circuits. He has also prepared amicus briefs on behalf of employer organizations in multiple Supreme Court cases.

Chris’s practice includes drafting and enforcing restrictive covenants. He represents clients in matters involving confidentiality, non-solicitation, and non-competition agreements and leads efforts to recover misappropriated documents and data. He works closely with computer forensic experts to identify potential misappropriations and to track down employers’ confidential and proprietary that has been improperly retained or copied by employees and others.

Chris also represents clients challenging government regulations. In 2016, Chris and his colleague Jeff Londa obtained a nationwide injunction barring the United States government from implementing the Department of Labor’s new “Persuader Rule,” which, if it had become effective, would have dramatically reduced employers’ access to legal advice in responding to union organizing.

A regular speaker and writer on employment law issues, Chris has been interviewed by National Public Radio’s All Things Considered on employment arbitration and quoted in Employment Law360 and Inside Counsel magazine. His blog commentary on FLSA collective certification has been cited in several U.S. District Court decisions.

Following law school, Chris served as a law clerk for Judge Fred I. Parker of the United States Court of Appeals for the Second Circuit. Chris began his career in private practice at a prominent law firm in Chicago. He joined Ogletree’s Indianapolis office in 2007.

Chris serves on the Employment Disputes Committee and the Arbitration Committee of CPR: International Institute for Conflict Prevention & Resolution and on the Executive Committee to the Federalist Society’s Labor & Employment Practice Group. In 2013, Chris served as Chair of the Indianapolis Bar Association’s Labor and Employment Section. By appointment of the U.S. District Court for the Southern District of Indiana, he served two terms on the Board of Directors for Indiana Federal Community Defender, Inc., which provides representation to indigent clients in federal court. Chris is also a member of the Board of Managers of the University of Pennsylvania Law School Alumni Society.

On March 31, 2022, the Supreme Court of the United States issued a decision in Badgerow v. Walters, No 20-1143, addressing when federal courts have jurisdiction to rule on motions to confirm, modify, or vacate arbitration awards under the Federal Arbitration Act (FAA).

On February 10, 2022, the U.S. Senate passed S. 2342, the Ending Forced Arbitration of Sexual Assault and Sexual Harassment Act of 2021, just a few days after the U.S. House of Representatives passed the bill, H.R. 4445, on February 7, 2022. If signed by President Biden as expected, the bill would make predispute arbitration agreements or joint-action waivers invalid and unenforceable “with respect to a case which is filed” that “relates to” a sexual assault or sexual harassment dispute, “at the election of the person alleging” the misconduct.

As discussed in our prior article, California recently enacted Assembly Bill (AB) 51, a law that attempts to ban certain mandatory employment arbitration agreements in the state.

On October 10, 2019, California Governor Gavin Newsom signed into law a state statute purporting to prohibit employers from requiring employees to enter into certain types of arbitration agreements. This new law is creating significant uncertainty and anxiety among employers. What is the practical impact of AB 51 in light of its possible preemption by the Federal Arbitration Act (FAA) and other potential challenges to its limits on arbitration?

On August 14, 2019, the National Labor Relations Board (NLRB) issued a ruling clarifying several mandatory arbitration issues following the 2018 decision by the Supreme Court of the United States in Epic Systems Corp. v. Lewis.