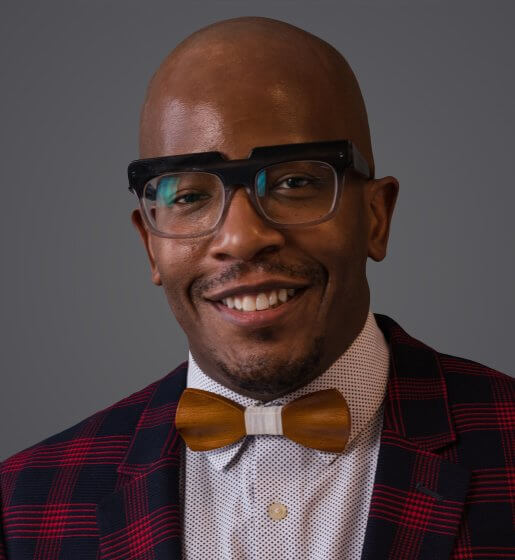 D’Ontae is an experienced employment law attorney with more than a decade-long career in the federal government, including the U.S. Equal Employment Opportunity Commission (EEOC), the Department of Navy, and the U.S. Attorney’s Office for the Eastern District of Virginia. D’Ontae has litigated complex employment matters that include sexual harassment, discrimination, federal whistleblower, and Bivens claims. He has handled matters arising under Title VII of the Civil Rights Act of 1964, the Equal Pay Act, the Age Discrimination in Employment Act, the Americans with Disabilities Act, the Genetic Information Nondiscrimination Act of 2008 (GINA), the Rehabilitation Act of 1973, the Contract Disputes Act (CDA), and the Whistleblower Protection Act. He has represented clients before federal courts and administrative tribunals such as the EEOC and the Merit Systems Protection Board.

Before becoming an attorney, D’Ontae was a federal investigator for the EEOC, where he was responsible for investigating charges of discrimination and making recommendations to the commission about the disposition of such investigations. After his government experience, D’Ontae worked for two law firms, focusing on advice and counsel and employer-side litigation. D’Ontae leverages these experiences to advise and counsel employers on a wide range of employment-related matters and defend claims before administrative agencies and state and federal courts.

D’Ontae Sylvertooth tries cases in both state and federal courts. In a two-week jury trial in the United States District Court for the Eastern District of Virginia, D’Ontae defended a client in a disability discrimination claim. D’Ontae worked with the trial team (conducting direct and cross-examinations) to get the jury to award zero dollars in compensatory damages to the plaintiff and engaged in an extensive post-trial briefing to lower the claimed attorney’s fees nearly 40 percent. D’Ontae also represented the client’s interest by arguing the Rule 50 motion.

Additionally, D’Ontae has conducted more than 35 administrative hearings before the Equal Employment Opportunity Community and the Merit Systems Protection Board, successfully securing decisions for his government client in all but two of the matters.  Such clients were in the medical and defense industries.

D’Ontae has successfully briefed matters before the Eighth and Ninth Circuit:

D’Ontae has researched and provided guidance and counseling on restrictive covenants (non-compete, non-solicit, and confidentiality agreements), as well as breach of contract claims stemming from employment agreements. This included providing guidance on avoiding litigation relating to an alleged breach of these agreements and ways to enforce such agreements against former employees appropriately.

D’Ontae has researched, provided guidance and counseling to employers, and assessed issues raised by purported whistleblowers, including what is considered a protected disclosure and appropriate defenses for employers to raise in litigation relating to whistleblower litigation. He has briefed complicated and contentious issues stemming from these laws and represented his clients in oral arguments before administrative tribunals and federal courts.

D’Ontae’s experience as a federal investigator gives him a keen sense of detail concerning conducting internal investigations of claims made by purported whistleblowers. Further, it allows him to assess and assist businesses with defending against such claims.

D’Ontae has extensive experience providing in-house training to supervisory and non-supervisory staff relating to the full spectrum of employment law matters. As a trainer, D’Ontae believes it is necessary to meet people where they are by providing concrete examples relative to their respective professions because context matters, as with all things.

He has conducted numerous internal investigations for federal agencies and private employers, ensuring that the organization’s policies and procedures effectively recognize and prevent potential violations. He frequently provides advice and counsel to employers in various industries, including the medical industry, non-profit, and technology industries, to improve their internal reporting processes and find creative ways to maximize their current procedures to insulate the company from potential liability in litigation.

D’Ontae also reviews and revises employee handbooks, policies, and procedures. Additionally, D’Ontae is often called upon to assist in matters viewed as factually and legally complicated – finding ways to bring calm into the storm – and zealously representing his clients through such litigation.

D’Ontae is ready to assist your organization from beginning to end.

‘It’s Déjà Vu All Over Again’: the District of Columbia’s Ban on Non-Compete Agreements Takes Effect on October 1, 2022

After more than two years of delay and amendment, the District of Columbia’s Ban on Non-Compete Agreements Amendment Act of 2020, which was introduced in the pre-pandemic days of 2020, will finally take legal effect on October 1, 2022. Efforts to amend the 2020 act culminated in the Non-Compete Clarification Amendment Act of 2022 (D.C. Act 24-526), which Mayor Muriel Bowser signed into law on July 27, 2022.

D.C.’s Ban on Noncompete Agreements Is Set for Another Postponement

For employers wary of the looming implementation of the District of Columbia’s Ban on Non-Compete Agreements Amendment Act of 2020, it appears that the waiting game will continue until at least October 1, 2022. Although March 16, 2021, was the act’s “effective date,” the act’s near-total ban on noncompete agreements will not have true legal effect until the legislation’s “applicability date,” which the Council of the District of Columbia is delaying once again.

A district judge for the U.S. District Court for the Eastern District of Virginia recently dismissed a case due to the plaintiff’s failure to file suit within the allotted time identified in the notice of right to sue (NRTS) that the U.S. Equal Employment Opportunity Commission (EEOC) issued.  Moyer v. Shirley Contracting Company, LLC, No. 1:21-cv-00046 (August 18, 2021) highlights the importance of recognizing when the clock begins ticking on the deadline to file suit and how attention to the Federal Rules of Civil Procedure can assist in litigation.