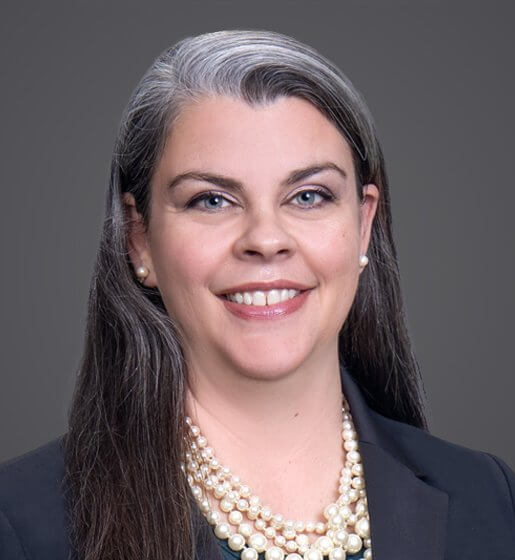 Erika is the Office Managing Shareholder for the Austin office of Ogletree Deakins. Erika has successfully represented clients in dozens of wage and hour class and collective actions, as well as numerous single-plaintiff employment discrimination cases, appellate litigation, and traditional labor matters. Erika was lead associate on the trial team that obtained a rare defense jury verdict in an FLSA and state law hybrid class and collective action, as well as a member of the team representing a major airline with regard to complex labor issues in Chapter 11 bankruptcy proceedings. Erika also advises clients on compliance with federal and state laws, prepares employee handbooks, conducts harassment, discrimination, and wage and hour investigations and training, and drafts employment agreements.

Erika received her J.D. from Washington & Lee University School of Law, cum laude, in 2003. Erika received her B.A. in Government from Dartmouth College in 1999. She is a member of the Georgia Bar Association, the Texas Bar Association, the Austin Bar Association, and the Labor and Employment section of the American Bar Association. She is admitted to practice before the Eleventh Circuit Court of Appeals, the Fifth Circuit Court of Appeals, the United States District Courts for the Northern and Middle Districts of Georgia, the United States District Courts for the Northern, Eastern, Southern, and Western Districts of Texas, and all State Courts of Georgia and Texas.

Erika is a past Associate Editor for Employment Discrimination Law (Fifth Edition), and the First Supplement of that treatise, and as Coordinating Editor for the Third Supplement to Employment Discrimination Law (Fourth Edition). She has contributed to chapters in the Employment Law Deskbook for Human Resources Professionals, the California Business Law Deskbook, and Reductions in Force in Employment Law. She is a regular speaker on wage and hour topics and class and collective action issues. Erika is also a Fellow of the Texas Bar Foundation and a member of the Mother Attorney Mentor Association of Austin.