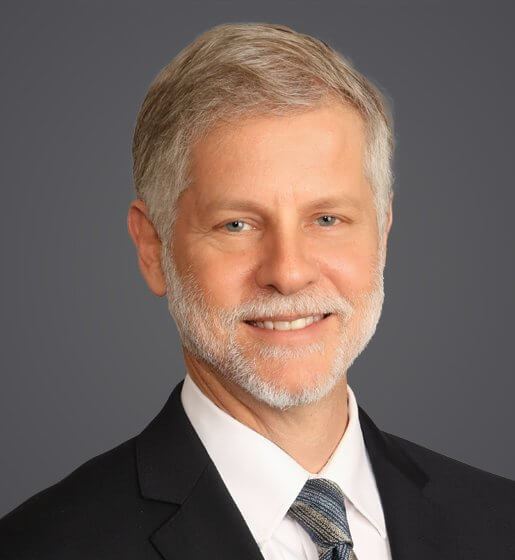 An employment lawyer with more than three decades of experience, Jack, in addition to managing an active employment law caseload and advisory practice, serves as the Co-Chair of the firm’s Appellate Group, responsible for managing, organizing and leading the firm’s appellate practice. Jack is one of only approximately three hundred lawyers in the State of California certified as a legal specialist in Appellate Law by the State Bar of California, Department of Legal Specialization. Jack handles a wide variety of appellate matters, including motions for post-trial relief in the trial court, as well as appeals, writs, and other appellate matters.  As both an appellate specialist and an experienced employment lawyer, Jack is uniquely adept at handling complex employment matters in both the appellate arena and in the lower courts.

Jack was part of the team that successfully defended religious freedom and the ministerial exception under the First Amendment before the United States Supreme Court in Our Lady of Guadalupe School v. Morrissey-Berru, 140 S.Ct. 2049 (2020).  The High Court’s decision provides clear guidance to religious institutions seeking the freedom to choose their religious teachers who are responsible for instructing their students in the faith. Jack was also lead counsel in Areso v. CarMax, Inc., (2011) 195 Cal.App.4th 996, which established new law—favorable to employers—regarding the definition of a sales commission in California.  He also obtained a significant reversal of a District Court decision denying enforcement of an arbitration agreement between an employer and employee in Poublon v. C.H. Robinson Company, (9th Cir. 2017) 846 F.3d 1251.  In an extensive published opinion, the Ninth Circuit in Poublon harmonized the law of arbitration contracts in favor of employers. Jack has also obtained writ relief for employers, as well as other favorable opinions regarding employment issues.

In addition to his appellate work, Jack handles all facets of employment law, providing general counseling as well as conducting administrative hearings, arbitrations, and trials. Jack represents both large and smaller employers in a variety of matters, including complicated contractual, wrongful termination, discrimination, harassment, wage and hour, employee leave cases, trade secret and employee mobility issues.  In recent years, Jack has also been on the forefront of preparing and enforcing arbitration agreements. For example, in Grabowski v. C.H. Robinson, Inc., (S.D.Cal.2011) 817 F.Supp.2d 1159, Jack was lead counsel in one of the first cases in California to obtain Court enforcement of a class action waiver in an arbitration agreement, thus effectively ending the class action claim against the employer. Jack has enforced similar class action waiver provisions in other cases, and often provides advice and counsel for employers seeking to reduce the threat of class actions by using enforceable arbitration agreements. He has also arbitrated numerous cases on behalf of employers.

Jack emphasizes a preventative approach to employment law issues. He recognizes that by helping employers adopt “best practices” for handling employee related issues, employers will reduce unnecessary expense, avoid employee related problems, and have additional time and resources to focus upon the goals underlying their businesses.

Jack has also served as a contributing editor to the Employment Law Strategist, as well as writing contributions to various other newsletters. He is a member of the Labor and Employment Law and Appellate Law sections of the California State Bar.

Jack is married and has two children. He has served as President of Kadima Day School, and on the executive board of Temple Aliyah. An avid runner, he has run three marathons. He is also a passionate and award-winning baker, having won First Place/Blue Ribbon in the Biscotti Competition at the Los Angeles County Fair.

California High Court to Decide Viability of PAGA: Will Arbitration Agreements Still Serve as a Protective Shield for Employers?

There is a new, but not entirely unexpected, front in the continuing war over California Labor Code Private Attorneys General Act (PAGA) claims. On July 20, 2022, the California Supreme Court granted review in Adolph v. Uber Technologies, Inc., opening the door for a ruling that potentially may complicate the relief provided to employers by the recent decision from the Supreme Court of the United States in Viking River Cruises, Inc. v. Moriana.

On June 15, 2022, the Supreme Court of the United States ruled in favor of Viking River Cruises Inc. in a case over whether it could use an arbitration agreement to force a lawsuit brought under California’s Private Attorneys General Act (PAGA) on behalf of aggrieved employees into arbitration. In Viking River Cruises, Inc. v. Moriana, No. 20-1573, the Supreme Court’s highly anticipated decision, the Court reasoned that the Federal Arbitration Act (FAA) requires the enforcement of an arbitration agreement that waived an employee’s right to bring individual claims through PAGA and that once those individual claims are sent to arbitration there is no standing to bring representative claims for violations of the California Labor Code on behalf of other aggrieved employees.

On March 30, 2022, the Supreme Court of the United States will hear the matter of Viking River Cruises, Inc. v. Moriana, Case No. 20-1573. The Court will answer the question, “Whether the Federal Arbitration Act requires enforcement of a bilateral arbitration agreement providing that an employee cannot raise representative claims, including under PAGA.”

In a much-awaited decision, the Supreme Court of the United States indicated that it would consider whether the Federal Arbitration Act (FAA) preempts California’s rule prohibiting arbitration of Private Attorneys General (PAGA) claims under the California Labor Code. Depending upon the high court’s ultimate ruling, the case has the potential to upend wage and hour litigation in California.