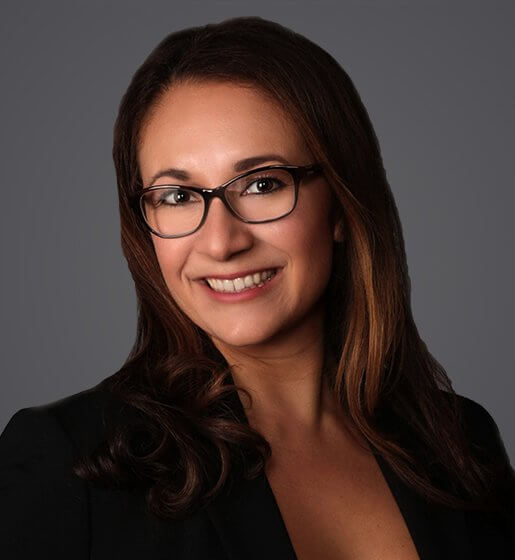 Ms. Merced previously worked as a law clerk to the Honorable Bernadette N. DeCastro in the Civil Division of the Superior Court of New Jersey – Hudson County.  While a law clerk, Ms. Merced handled a diverse caseload, including employment law cases requiring determinations as to the discoverability of certain documents.

Ms. Merced has a B.S. in Industrial and Labor Relations from Cornell University and was selected to the Order of Omega, Greek National Honor Society, a leadership honor society for members of Greek organizations.  During law school, Ms. Merced was the Senior Managing Notes and Comments Editor for the Rutgers Race and the Law Review.

Jocelyn is proficient in conversational Spanish.

Ms. Merced gained much practical experience while in law school.  She participated in the Rutgers University Community Law Clinic and served as a law clerk for Legal Services of New Jersey.  Since joining the firm, Ms. Merced has been actively involved in all aspects of employer defense in both state and federal courts and agencies where employees allege discrimination on the basis of race, age, sex and disability, harassment and retaliation.  Ms. Merced has also handled actions involving breach of contract and various common law claims.

Insights by Jocelyn A. Merced

On December 3, 2015, Senate Bill 2145 was approved, 62-0, by the New Jersey Assembly. (The bill had already been passed by the New Jersey Senate in May.) If signed into law, the bill would authorize counties and municipalities whose hiring preferences are not subject to civil service hiring rules to give veterans preferential treatment

On November 16, 2015, a bill was introduced to extend the protections of the New Jersey Law Against Discrimination (NJLAD) to breastfeeding mothers. If enacted, New Jersey Assembly Bill 4696 would require New Jersey employers to provide a reasonable accommodation for breastfeeding mothers, including reasonable break time each day and a suitable room or other location with privacy (other than a toilet stall), in close proximity to the work area, for the employee to express breast milk.

New Jersey employers should be aware of two impending annual notice requirements. First, employers must distribute to each employee working in New Jersey a written copy of the Gender Equity Notice on or before December 31 each year and must obtain a signed acknowledgement from each employee in writing or by means of electronic verification.

On November 16, 2015, a bill was introduced that would prohibit employers from seeking, obtaining, or requiring current or prospective employees to provide information about their compensation and benefits history at their prior employer.

On December 14, 2015, the New Jersey Assembly Labor Committee released another bill—A2298—seeking to prohibit most credit checks on employees. Essentially the same as prior bills that failed in the New Jersey legislature (including those we reported on in 2010 and in 2012), A2298 would prohibit employers from obtaining a credit report, or requiring an employee or prospective employee to consent to provide a credit report unless (a) the employer was required by law to obtain one, or (b) the employer reasonably believed that the employee had engaged in a specific activity that was financial in nature and constituted a violation of law.