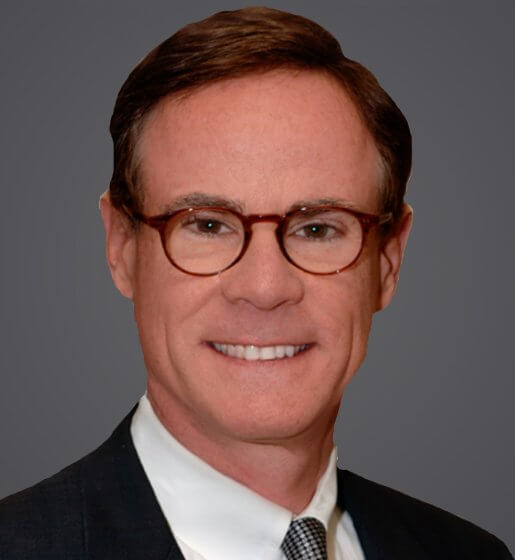 Joe Clees is a founding shareholder of the firm’s Phoenix office and has served in a variety of firm leadership roles, including its Board of Directors.  For more than 35 years, Joe has represented employers throughout the United States in employment litigation and labor relations. He also counsels clients on a wide array of state, federal, and tribal compliance laws. Joe has been singled out by Chambers USA America’s Leading Lawyers as one of the top labor and employment lawyers in the country for many years and as a Chambers USA “Top Leader in his Field.” He has been applauded for his “integrity and common sense” as well as his “pragmatic style.” Joe has been honored as one of the “100 Most Powerful Employment Lawyers in America” by HR Executive magazine each year for more than a decade. He has been named an “Eminent Practitioner” by Chambers for many years and is ranked in the “Number 1” tier among Arizona employment lawyers by Chambers, and has been selected as one of “Arizona’s Finest Lawyers.” In addition, Joe has been named a “Top 100” Lawyer by Arizona Business Magazine for many years.

Joe is a Fellow in The College of Labor and Employment Lawyers and has been recognized for several years by the Best Lawyers in America. Joe has been singled out by The Legal 500 nationally and the Arizona Business Magazine has recognized him as an “Arizona Business Leader” and one of the “Top Attorneys of Arizona” for several years. He has been designated as a “Best of the Bar” by the Phoenix Business Journal and has been rated as a “Southwest Super Lawyer.”  He has been recognized as one of the “Top 50 Southwest Super Lawyers” for many years.

Joe has been honored as the “Phoenix Lawyer of the Year” for Labor Law-Management by Best Lawyers and as “Phoenix Lawyer of the Year” for Employment Law-Management. He has served as the Chair of the Executive Committee of the State Bar of Arizona’s Employment and Labor Law Section, a member of the board of directors of the Arizona Affirmative Action Association and board of directors of the Metro Phoenix Human Resources Association (SHRM) and is active in many diverse bar groups. Joe is employment law counsel to many industry and trade groups and he regularly speaks on labor and employment law topics, both regionally and nationally.

The Arizona Court of Appeals recently issued an opinion overturning the Unemployment Insurance Appeals Board’s denial of unemployment benefits to an employee who was terminated for excessive tardiness. Importantly, the court ruled in favor of the employee because it found that the employer failed to prove that the employee’s tardiness constituted “willful or negligent misconduct,” as required under Arizona law.

Phoenix City Council Votes in Favor of Expansion of Anti-Discrimination Ordinance to Include Gay, Lesbian, Bisexual, and Transgendered Residents

On February 26, 2013, by a vote of 5 to 3, the Phoenix City Council approved a proposal to expand the Phoenix City Code’s anti-discrimination ordinance to more broadly prohibit discrimination against gay, lesbian, bisexual, and transgendered residents. The amendments to Chapter 18 of the Code add the terms “sexual orientation” and “gender identity or expression” to the Code sections currently prohibiting discrimination in employment, public accommodations, housing, and certain contracts with the City.