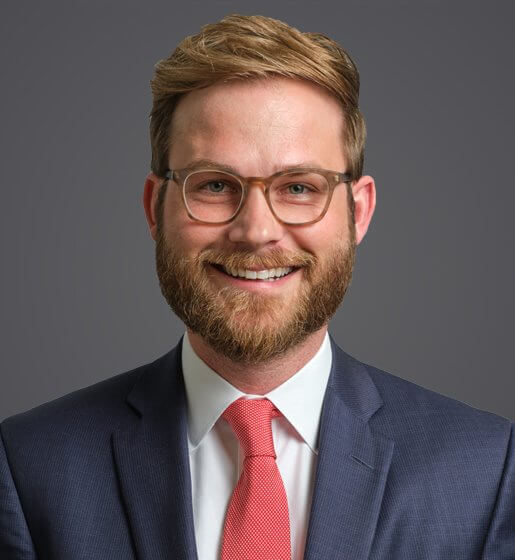 Justin P. Grose is a trial lawyer whose practice focuses on civil litigation in state and federal court. His practice also includes appellate work arguing before the appellate courts of Oklahoma, as well as the United States Tenth Circuit Court of Appeals. While in public service, his practice primarily consisted of defending state agencies and state employees involving tort claims, administrative actions, civil rights allegations, employment law, and constitutional challenges. He now represents employers in all aspects of labor and employment law.

While in law school, Mr. Grose was a member of the American Indian Law Review, the ABA National Appellate Advocacy Moot Court Team, and the William E. McGee National Civil Rights Moot Court Team. For his devotion to oral advocacy and brief writing, he was inducted into The Order of Barristers. He was also a member of Phi Delta Phi, a legal honor fraternity; listed on the Dean’s Honor Roll all six semesters; and awarded an American Jurisprudence award for academic excellence in Environmental Law.

Growing numbers of private businesses and public entities have announced policies requiring employees and others to be vaccinated against COVID-19 as a condition of employment or as a condition of access to facilities or services. In response to this trend, some have argued that employers and other organizations may not lawfully mandate COVID-19 vaccines that have been only approved for use under an emergency use authorization (EUA) as opposed to full approval by the U.S. Food and Drug Administration (FDA). Commentators and legal advisors have been divided over whether the EUA approval precludes mandating the vaccine. On July 6, 2021, the Office of Legal Counsel of the U.S. Department of Justice (DOJ) issued a memorandum opining that private businesses and public entities are not prohibited from mandating COVID-19 vaccines that have only received approval for use under an EUA.

Oklahomans voted 57 percent in favor of State Question 788, resulting in the passage of the Oklahoma Medical Marijuana Act (OMMA) on June 26, 2018. Many experts consider the new law to be one of the broadest medical marijuana laws in the United States.