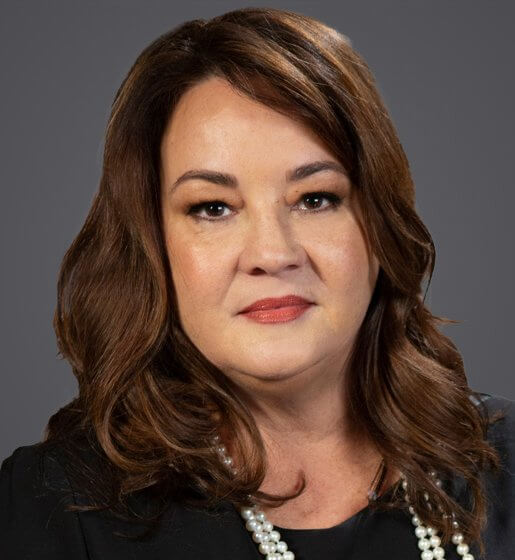 Karen is a shareholder in the Sacramento office and Chair of the West Coast OSHA Practice of Ogletree Deakins. Karen is originally from the state of Georgia, and after graduating with honors from the United States Merchant Marine Academy, she worked for Chevron Shipping Company for ten years – sailing as a ship’s officer on oil tankers rising to the rank of Chief Officer with her Unlimited Master’s License as well as San Francisco Bay pilotage endorsements. She served as an officer in the U.S. Navy Reserve from 1987 to 2000. Karen was the highest ranking woman in the Chevron fleet when she left her seafaring life for law school. This maritime, heavy industry, and petroleum experience is unique among employment lawyers and brings a “real world” approach to working with management and achieving workplace safety objectives and litigation goals.

Karen was appointed to the Board of Pilot Commissioners for the Bays of San Francisco, San Pablo and Suisun by Governor Gavin Newsom on January 13, 2021. Karen has been a community leader in Northern California taking leadership positions in a number of school boards and community organizations including schools, libraries and professional organizations. She is the founding counsel for the Committee for Equity in Women’s Surfing, which brought prize equality to women’s surfing by working closely with the leading big-wave women athletes and the California Coastal Commission and State Lands Commission from 2016 through 2019.

New COVID-19 prevention regulations adopted by the California Occupational Safety and Health Standards Board on December 15, 2022, were sent to the Office of Administrative Law (OAL) for approval. The new regulations will not take effect until approved by OAL, which has thirty working days to complete its review.

On December 15, 2022, the California Occupational Safety and Health Standards Board adopted the COVID-19 Prevention Non-Emergency Regulation, modifying Title 8 of the General Industry Safety Orders. The regulation passed, 6–1, in a near-unanimous vote of the seven-member Standards Board.

Analysis of the Occupational Safety and Health Administration’s (OSHA) publicly available inspection and citation data, which dates back to the 1970s, can help employers forecast and spot enforcement trends and changes, identify new and emerging issues, and correlate information to make unique connections that may not be readily apparent. To assist employers, Ogletree Deakins has developed the OSHA Tracker, a purpose-built resource designed to provide clients and consumers with easy-to-use search tools and filters to convert OSHA data into more digestible and useful information.

Cal/OSHA Proposes Final Language for COVID-19 Regulation to Be Voted on November 17, 2022, at Standards Board Meeting

Following on the California Department of Public Health’s (CDPH) issuance on October 14, 2022, of a State Public Health Officer (SPHO) order that clarified the definition of “close contact” and “infectious period” to provide entities with strategies for working together, the California Occupational Safety and Health Standards Board issued a fifteen-day notice with requests for written comments on proposed updated COVID-19 regulations to Title 8 of the General Industry Safety Orders.

CDPH Order Updates Definitions of ‘Close Contact’ and ‘Infectious Period,’ Clarifies What Is and Is Not Mandatory

On October 14, 2022, California Department of Public Health (CDPH) Director Tomás J. Aragόn issued a State Public Health Officer Order further clarifying the definitions of “close contact” and “infectious period” to provide entities and individuals with strategies for working together in a post-COVID-19 workplace.