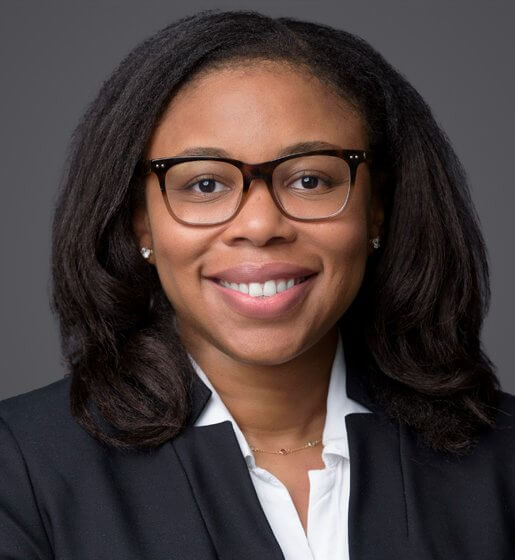 Kiosha is a 2004 graduate of Columbia College, where she majored in English and minored in Political Science. She earned her Juris Doctor degree from the University of South Carolina School of Law in 2007. After law school, Kiosha clerked for the Honorable J. Michelle Childs (former Circuit Court Judge, Fifth Judicial Circuit and current U.S. District Court Judge, District of South Carolina). Kiosha joined the team at Ogletree Deakins in August 2015, where she is a member of the Affirmative Action and OFCCP Compliance Group, whose experienced attorneys counsel and defend federal contractors and subcontractors throughout the United States on jurisdictional, compliance, and enforcement issues involving the United States Department of Labor’s Office of Federal Contract Compliance Programs (OFCCP).

Currently, Kiosha focuses her practice on assisting federal contractors and subcontractors to comply with legally-mandated employment and reporting obligations, as well as defending compliance reviews and enforcement proceedings brought by the OFCCP and the United States Department of Labor (USDOL). In addition, Kiosha provides assistance and advice on:

It is a new year and that means a fresh round of compliance reporting obligations for many companies. Here’s what lies ahead for 2022.

Under the president’s new budget, certain federal contractors would not be required to submit a VETS-4212 report in the year following receipt of a HIRE Vets Medallion Award.

The U.S. Equal Employment Opportunity Commission (EEOC) has released its Upload File Specifications for the 2017 and 2018 EEO-1 Component 2 reports. Given the number of data items required in the Component 2 reporting, the EEOC has designed a narrower file layout with the goal of making it easier for filers to create upload files.