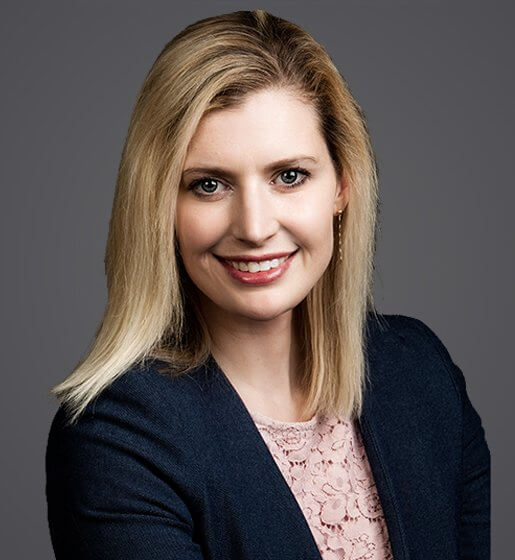 Lauren Hicks devotes the majority of her practice to representing federal contractors and subcontractors in compliance evaluations and administrative enforcement actions triggered by the United States Department of Labor’s Office of Federal Contract Compliance Programs (OFCCP).

Ms. Hicks counsels employers on the preparation, management, and defense of their affirmative action programs and related matters, including jurisdictional analyses and preventative strategies. She has extensive experience with investigating and resolving systemic discrimination issues stemming from statistical disparities in hiring, compensation, and testing. Ms. Hicks has litigated numerous claims before courts and administrative agencies.

Ms. Hicks most recently served as a District Director for the Office of Federal Contract Compliance Programs in the United States Department of Labor. In that role Ms. Hicks oversaw hundreds of OFCCP compliance evaluations, resolving several of the agency’s largest discrimination cases. Prior to her employment with the government, Ms. Hicks litigated a broad spectrum of employment matters on behalf of Plaintiffs, including collective actions.

Insights by Lauren B. Hicks

OFCCP Announces Much Anticipated Details About Its New Contractor Portal

As we reported earlier this year, on August 31, 2021, the Office of Management and Budget (OMB) approved the new system that the Office of Federal Contract Compliance Programs (OFCCP) developed for federal contractors to submit affirmative action programs (AAPs). The new system is designed to provide covered federal contractors a method of entering, tracking, and submitting AAPs for review by OFCCP.

At long last, on August 31, 2021, the Office of Management and Budget (OMB) approved the new system that the Office of Federal Contract Compliance Programs (OFCCP) developed for federal contractors to submit affirmative action programs (AAPs). The Affirmative Action Program Verification Interface (AAP-VI) is designed to provide covered federal contractors a method of entering, tracking, and submitting AAPs for review by OFCCP.

According to the Office of Federal Contract Compliance website’s leadership team page, Jenny Yang has replaced Craig Leen as director of the agency. Yang previously served on the U.S. Equal Employment Opportunity Commission (EEOC) from 2013 to 2018 and served as a commissioner, vice chair, and chair for the agency (the latter from 2014 to 2017). Yang spearheaded the EEOC’s drive to collect pay data from private employers as part of the EEO-1 report.

Some anticipate that President-elect Joseph Biden will revoke the Trump administration’s Executive Order (EO) 13950 that restricts the content of certain diversity-related workplace trainings. On December 22, 2020, the United States District Court for the Northern District of California issued a nationwide preliminary injunction in the case of Santa Cruz Lesbian and Gay Community Center d/b/a The Diversity Center of Santa Cruz v. Trump, holding that the plaintiffs had demonstrated (among other things) a sufficient likelihood of success on their claims that EO 13950 is unconstitutional on its face. The order, which went into effect immediately and on a nationwide basis, allows private federal contractors and federal grant recipients to conduct workplace training programs and related activities without facing penalties for “stereotyping” or “scapegoating” under EO 13950. While the injunction does not impact trainings provided to federal employees, on December 22, 2020, a group of U.S. Department of Justice (DOJ) employees circulated a letter calling for an official investigation into EO 13950 and related executive branch actions targeting diversity-and-inclusion programs.

On September 22, 2020, President Donald Trump signed an executive order titled “Executive Order on Combating Race and Sex Stereotyping.” The executive order follows a September 4, 2020, memorandum from Russell Vought, director of the Office of Management and Budget, and introduces requirements for government contractors conducting diversity and inclusion (D&I) trainings. It is clear from the order that covered contracts, subcontracts, and grants with the U.S. federal government must control for specific language related to workplace trainings, but the order otherwise lacks guidance about  changes covered contractors must make when training on D&I issues.

Components 1 and 2 of the EEO-1: The deadline for employers to file EEO-1 reports for Component 1 data is fast approaching. Unless employers request an extension, which will be automatically granted until June 14, 2019, Component 1 EEO-1 reports are due on May 31, 2019.