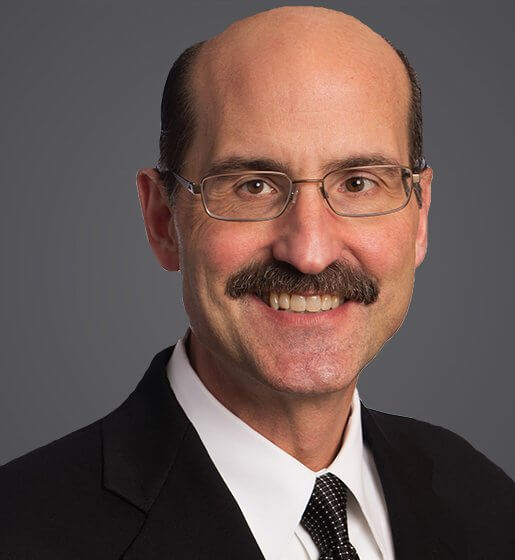 Mark E. Schmidtke is a shareholder in the firm’s Valparaiso, Indiana office, a satellite of the Chicago and Indianapolis offices and Chair of the firm’s ERISA Litigation Practice Group which was named as Best Lawyers in America 2020 National Law Firm of the Year for ERISA Litigation. He has represented clients in ERISA and non-ERISA employee benefits matters in state and federal courts throughout the United States for nearly 40 years. He has been lead or co-lead counsel in ERISA litigation matters pending in the courts of every state in the U.S. He has argued appeals in the United States Courts of Appeals for the First, Second, Third, Fourth, Fifth, Sixth, Seventh, Eighth, Ninth, Tenth, and Eleventh Circuits, as well as the Massachusetts Supreme Judicial Court, the Minnesota Supreme Court, the Minnesota Court of Appeals, the Indiana Court of Appeals, and the California Court of Appeals. He has also authored several briefs and petitions at the United States Supreme Court, including amicus curiae briefs in important ERISA cases such as Hardt v. Reliance Standard, Black & Decker v. Nord and Yates v. Hendon. 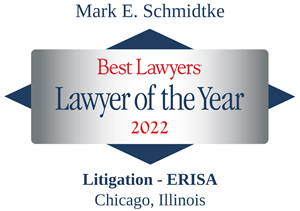 The Supreme Court of the United States has held many times that the federal courts do not have jurisdiction over a lawsuit unless the plaintiff has standing to sue under the federal Constitution. To have standing, the Court has said that the plaintiff must show that he or she suffered or imminently will suffer a concrete and particularized injury to his or her legal rights; that the injury is fairly traceable to the conduct of the defendant; and that the injury can be redressed by a judgment of the court.

Late last year, we wrote about Shore v. The Charlotte-Mecklenburg Hospital Authority, et al., in which former Atrium Health employees filed a putative class action in the U.S. District Court for the Middle District of North Carolina under the Employee Retirement Income Security Act of 1974 (ERISA).

In Dorman v. Charles Schwab Corp., No. 18-15281 (August 20, 2019), the Ninth Circuit Court of Appeals recently held that a 401(k) plan participant was required to individually arbitrate his claims regarding the plan’s fees and investment options, pursuant to the plan’s arbitration provision.

In late 2018, in Sulyma v. Intel Corporation Investment Policy Committee, the Ninth Circuit Court of Appeals held that a plaintiff’s access to documents disclosing an alleged breach of fiduciary duty did not trigger the Employee Retirement Income Security Act’s (ERISA) statute of limitations. According to the court, actual knowledge is required to start the limitations period. The plaintiff testified that he was not aware of the investments at issue or the documents disclosing the investments, therefore, he did not have sufficient knowledge of the alleged breach.

District Court in California Denies Motion to Dismiss, Finds an Independent Review Organization to Be a Functional Fiduciary Under ERISA

In Josef K. v. California Physicians’ Service, No. 18-cv-06385-YGR (U.S. District Court for the Northern District of California, June 3, 2019), Judge Yvonne Gonzalez Rogers concluded that an independent medical review (IMR) organization can be subject to a claim under the Employee Retirement Income Security Act of 1974 (ERISA) as amended, 29 U.S.C. 1132(a)(3), for breach of fiduciary duties based on the review of a medical necessity appeal under an ERISA-governed employee welfare benefit plan.