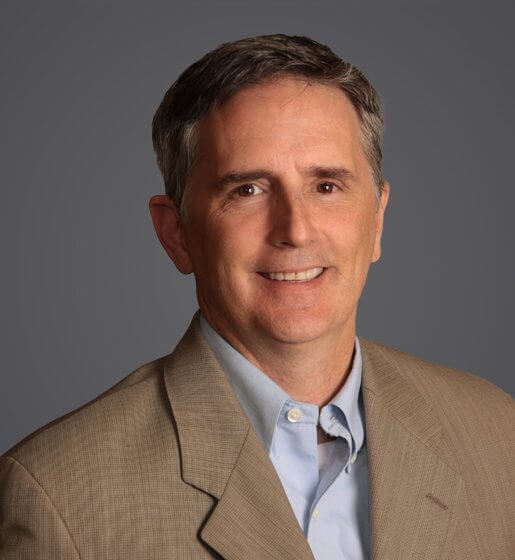 Michael Matula is a shareholder in the firm’s Kansas City office. Mike concentrates his practice in the areas of employment litigation and counseling. He has represented employers in a wide variety of employment matters including discrimination, retaliation, harassment and wrongful discharge cases, non-competition/trade secrets disputes, and EEOC administrative proceedings. Mike, who has been given an AV Martindale-Hubbell rating, also has significant experience in commercial, tort, and insurance litigation, and continues to handle select matters in those areas. Mike also represents attorneys in disciplinary proceedings, serves on the firm’s Ethics Committee, was appointed by the Missouri Supreme Court as a Disciplinary Hearing Officer, and is a co-author of the ABA treatise “Professional Responsibility in Litigation.” He is on the Steering Committee for the firm’s Unfair Competition and Trade Secrets Practice Group and a member of the Records Retention And E-Discovery Practice Group.

Chambers USA stated that Mike “has a very accomplished skill set” with “a great reputation for his broad knowledge base” and is regarded as “responsible and flexible.” Mike’s trial experience of more than a dozen jury trials includes a case resulting in the fourth most significant defense verdict in Missouri in 2001, and being part of a trial team in one of the most significant defense verdicts in Missouri in 2006, both as reported by The Missouri Lawyers Weekly. He has argued before both the Eighth and Tenth Circuit Courts of Appeal, and taught as an adjunct professor at the University of Missouri-Kansas City School of Law.

Mike has authored numerous publications including “The Law of Jury Selection in Missouri State Courts,” published in the Journal of the Missouri Bar. Mike has also been selected to speak on a variety of employment law topics, notably being asked by The Federal Judicial Center to speak on employment law issues at the National U.S. Magistrate Judges’ Workshop.

In addition to trying more than a dozen jury trials and arguing before both the Eighth and Tenth Circuit Court of Appeals, Mike has serving as lead counsel in multiple employment arbitrations resulting in defense awards, Mike’s litigation and trial accomplishments include serving as counsel in a case resulting in the fourth most significant defense verdict in Missouri in 2001, and being part of a trial team in one of the most significant defense verdicts in Missouri in 2006, both as characterized by The Missouri Lawyers Weekly.  Mike also successfully argued Dewitt v. Southwestern Bell, 845 F.3d 1299 (10th Cir. 2017), which affirmed judgment for the employer and set Tenth Circuit precedent regarding accommodation and discipline issues for disability-related misconduct under the ADA.

Mike is on the Steering Committee for the firm’s Unfair Competition and Trade Secrets Practice Group, and routinely advises on and litigates disputes in these areas. He has experience both enforcing restrictions and defending against enforcement actions in state and federal courts in Kansas and Missouri.

Mike has represented attorneys in disciplinary proceedings in both Kansas and Missouri, was appointed by the Missouri Supreme Court as a Disciplinary Hearings Officer, and serves on the KCMBA Fee Dispute Resolution Committee.

Coupling his membership of the firm’s Records Retention And E-Discovery Practice Group, with his litigation background, Mike uses his experience to best assess record retention and e-discovery risks and the practical considerations for managing those risks. In additional to routinely being responsible for e-discovery in many single-plaintiff cases, his more notable experience with regard to e-discovery preservation and production efforts includes:

In response to the COVID-19 pandemic, some parts of the country are now in the third month of a lockdown. As a result of the lockdown, a large portion of U.S. businesses quickly transitioned their workforces to telework in the opening weeks of the pandemic. This abrupt shift to work-from-home disrupted many employers’ well-established protocols and practices for protecting confidential information and trade secrets, exposing this sensitive information to a heightened risk of theft.

Negotiating and Enforcing Anti-Disparagement Clauses: A Primer for Employers

Severance and litigation settlement agreements often include a provision that prohibits one or more of the parties from making “disparaging” statements about the other. Such non-disparagement clauses are commonly used, but infrequently litigated. Consequently, employers negotiating these terms (as well as their counsel) may not be familiar with how they might be triggered and the practical effects of trying to enforce them. Here are a few thoughts for employers considering incorporating non-disparagement clauses in their settlement agreements.

The first (and most important) rule of e-discovery in nearly all cases is to preserve electronically-stored information (ESI) correctly. If a party preserves ESI properly, most other missteps can be corrected. To comply with the duty to preserve, a party must issue and enforce proper litigation holds (and do so in a timely fashion) and