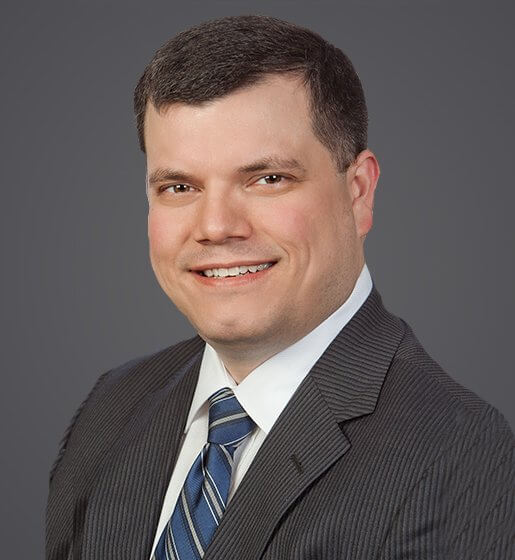 Michael’s nationwide litigation and advice practice focuses on protecting corporate clients against claims of discrimination, harassment, and retaliation; claims involving restrictive covenants, unfair competition, and trade secret claims; federal and state wage and hour laws; and claims of defamation, breach of contract, and intentional torts. He has litigated labor and employment-related matters in federal and state courts throughout the United States, including appeals before the Georgia Court of Appeals, Georgia Supreme Court, and the Eleventh Circuit Court of Appeals. His litigation matters include single-plaintiff, multiple-plaintiff, and collective action cases, as well as labor and employment arbitrations and administrative proceedings.

Michael serves as a trusted advisor to his clients, regularly providing counsel to corporate executive, legal, and human resources leaders on matters such as risk management; labor relations; workforce planning (including workforce growth and reductions in force); labor and employment matters pertaining to corporate mergers, divestitures, and other transactions; employee recruiting and hiring practices; employee discipline and termination; wage and hour law compliance; and strategies for preventing and investigating harassment and discrimination claims.

Prior to his legal career, Michael served in the U.S. Army, specializing in Military Intelligence. Michael served in multiple duty stations, including operational tours in Kuwait. Michael is also a licensed pilot and enjoys flying airplanes for recreation.

In addition to cases in which he has negotiated favorable confidential settlement agreements or other favorable resolutions to employment and labor disputes on behalf of his clients, the following are some examples of Michael’s representative matters:

Michael is also a graduate of the National Institute for Trial Advocacy (NITA) trial training program in Boulder, Colorado.

On January 25, 2022, the U.S. Occupational Safety and Health Administration (OSHA) formally withdrew its November 5, 2021, emergency temporary standard (ETS), which applied to large employees. Since its issuance in November, the OSHA ETS has been the subject of numerous legal challenges, ultimately resulting in a decision by the Supreme Court of the United States to stay enforcement of the ETS indefinitely pending adjudication of legal challenges at the Sixth Circuit Court of Appeals.

Growing numbers of private businesses and public entities have announced policies requiring employees and others to be vaccinated against COVID-19 as a condition of employment or as a condition of access to facilities or services. In response to this trend, some have argued that employers and other organizations may not lawfully mandate COVID-19 vaccines that have been only approved for use under an emergency use authorization (EUA) as opposed to full approval by the U.S. Food and Drug Administration (FDA). Commentators and legal advisors have been divided over whether the EUA approval precludes mandating the vaccine. On July 6, 2021, the Office of Legal Counsel of the U.S. Department of Justice (DOJ) issued a memorandum opining that private businesses and public entities are not prohibited from mandating COVID-19 vaccines that have only received approval for use under an EUA.

On May 28, 2021, the U.S. Equal Employment Opportunity Commission (EEOC) updated the vaccination section (section K) of its “What You Should Know About COVID-19 and the ADA, the Rehabilitation Act, and Other EEO Laws.” The update clarifies a number of vaccination issues with which employers have grappled without any official guidance to advise them.

CDC Updates Guidance for Fully-Vaccinated Individuals: Is It Time to Shed the Face Mask and Relax Social Distancing?

The U.S. Centers for Disease Control and Prevention (CDC) updated its guidance, titled Interim Public Health Recommendations for Fully Vaccinated People, on May 13, 2021, rolling back recommendations for wearing  face masks, social distancing, and other protective measures for those who have been fully vaccinated against COVID-19.

On April 2, 2021, the U.S. Centers for Disease Control and Prevention (CDC) announced updated guidance on domestic and international travel. The guidance includes new recommendations for those fully vaccinated (defined as two weeks after the second dose in a two-dose series or two weeks after a single-dose vaccine) with a vaccine that the U.S. Food and Drug Administration (FDA) has authorized.

The CDC’s Stances on Fully-Vaccinated Individuals: Details on the Revised Guidance

On March 8, 2021, the U.S. Centers for Disease Control and Prevention issued new interim recommendations regarding individuals who have been fully vaccinated against COVID-19. As the COVID-19 vaccines have become more widely distributed, the new recommendations address how to manage vaccinated individuals with respect to social gatherings, contact tracing, and other mitigation matters in non-healthcare settings. The following are the key points about which employers may want to know and that they may wish to incorporate into their company procedures.