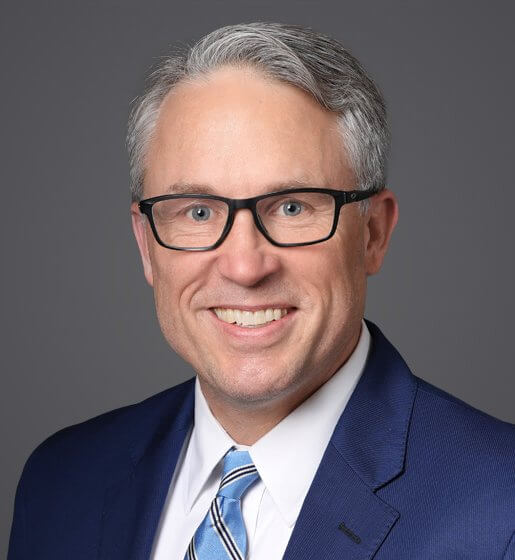 Pat Martin is an experienced employment defense lawyer and one of the founding shareholders of the Minneapolis office. He has successfully defended employers by obtaining dismissals, summary judgments, defense verdicts, decertification, and other favorable results in lawsuits involving Title VII, the Minnesota Human Rights Act (MHRA), the Age Discrimination in Employment Act (ADEA), WARN, the Americans with Disabilities Act (ADA), the Family Medical Leave Act (FMLA), Minnesota Ch. 181, discrimination, harassment, and whistleblowing. Further, he has defended and prosecuted several non-competition and trade secret lawsuits. Although Pat focuses on defending employers in Minnesota and Iowa courts, he also provides employment counseling, including on RIF and WARN issues. Pat is admitted in the state and federal courts of Minnesota and Iowa, as well as the Eighth Circuit.

Pat has repeatedly been named a “Top 100” Minnesota Super Lawyer for all practice areas, according to Twin Cities Business and Mpls. – St. Paul Magazine. Pat has similarly been recognized as a “Super Lawyer” in Employment Litigation for over 15 years and as a “Top 40 Employment Super Lawyer” for Minnesota for several years. Further, Pat is AV Rated by Martindale-Hubbell, listed in Chambers and Partners, and recognized in Best Lawyers of America.

Pat played college hockey from 1987-1991 at Mankato State (now a top D1 team known as the Minnesota State Mankato Mavericks), including on the 1991 Mavericks team that finished second in the NCAA for Division II and III hockey and on the 1990 Mavericks team that advanced to the Final Four. His college hockey teammates voted him the “Best Hustle Award” winner for three out of four years.

On June 5, 2020, Governor Tim Walz continued with the phased reopening of Minnesota by issuing Executive Order 20-74. Effective June 10, 2020, this executive order will further loosen restrictions on businesses that are places of public accommodation.