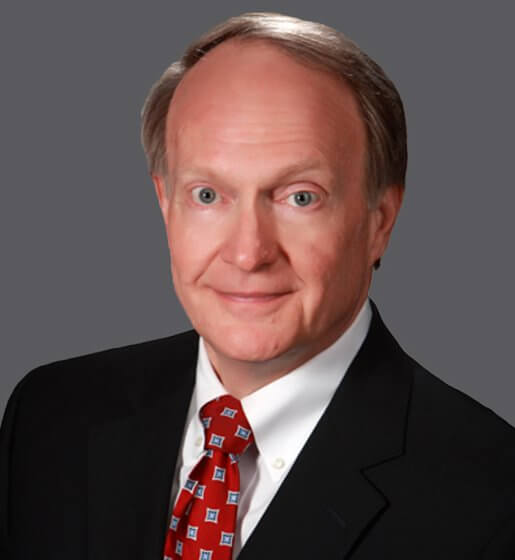 Bob has extensive employment law/litigation experience, having first chaired more than 50 cases to verdict (half jury tried – half bench tried). These cases have ranged from single plaintiff discharge cases – to multiple plaintiff hostile work environmental cases – in State Courts and in several Federal District Courts. Litigators, despite their best efforts, often end up in Appellate Courts. Bob has argued approximately 25 such cases before Appellate Courts, including the Eighth Circuit, the Seventh Circuit and the Missouri Supreme Court. Throughout his career, counseling clients on virtually all aspects of the employment relationship successfully to avoid litigation, has also been a focus.

Bob is listed in Best Lawyers in America and has long been AV rated by Martindale Hubbell.

Bob is equally experienced in managing employers’ responses to union organizing campaigns.  Bob recently managed the legal work in campaigns in two large bakeries (800 and 600 employees) in which the employees rejected union representation by nearly 3 to 1.  In another matter, following trial, Bob secured the dismissal of a petition on the basis that the petitioned-for maintenance unit was inappropriate. Should Public Employers Consider Issuing a Janus Notice Where a Checkoff Clause is Contained in a CBA?

As of the Supreme Court’s recent decision in Janus v. American Federation of State, County, and Municipal Employees, Council 31, state laws requiring public sector collective bargaining agreements to contain agency shop clauses that compel the discharge of employees for refusing to provide financial support to unions are deemed to violate the First Amendment.

The decades-long battle over union security faces two important pivot points during the summer of 2018. On June 27, 2018, the Supreme Court of the United States handed unions a major defeat in the season’s first major fight. With its 5-4 decision in Janus v. AFSCME Council 31, the Court prohibited union security in the public sector, even in the form of “fair share” fees aimed at representational expenses, as impermissible violations of the First Amendment.

Missouri’s Right-to-Work Bill: Not as Soon as the Legislature Intended but Perhaps Sooner Than the Unions Want

In February of 2017, Missouri Governor Eric Greitens signed Senate Bill 19, which was intended to make Missouri the 28th right-to-work state in the United States. Senate Bill 19 was scheduled to take effect on August 28, 2017. In response, unions mounted petition drives and filed signatures in support of Referendum Petition 2018-R002 with the Missouri secretary of state.