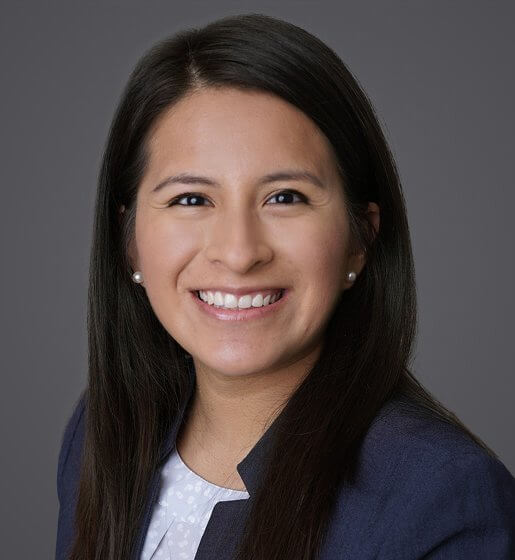 Rosa Corriveau is an attorney in the Raleigh office of Ogletree Deakins. Her practice focuses on employment-based immigration matters.

During her time at Campbell Law, she served as a legal extern at the North Carolina Court of Appeals for the Honorable Judge Tyson. Mrs. Corriveau also interned at the U.S. Committee of Refugees and Immigrants, where she primarily worked on family-based immigration matters.Mrs. Corriveau is bilingual in both English and Spanish.

On January 20, 2022, the U.S. Department of Homeland Security updated its travel advisory to require all foreign national travelers (except U.S. permanent residents) to present proof of COVID-19 vaccination when seeking entry to the United States via land ports of entry and ferry terminals. The new guidance expands upon already existing COVID-19 travel requirements and establishes similar COVID-19 vaccination requirements for non-U.S. travelers seeking entry to the United States by both air and land.

On December 31, 2021, the White House revoked Presidential Proclamation 10315, which had prohibited travel into the United States for travelers who were physically present in the following eight countries in southern Africa: Botswana, Eswatini, Lesotho, Malawi, Mozambique, Namibia, South Africa, and Zimbabwe.

Back to the Future: White House Restricts Travel to the United States From 8 Countries Due to New COVID-19 Variant

A Glimpse Into Biden’s Immigration Policies: The U.S. Citizenship Act of 2021