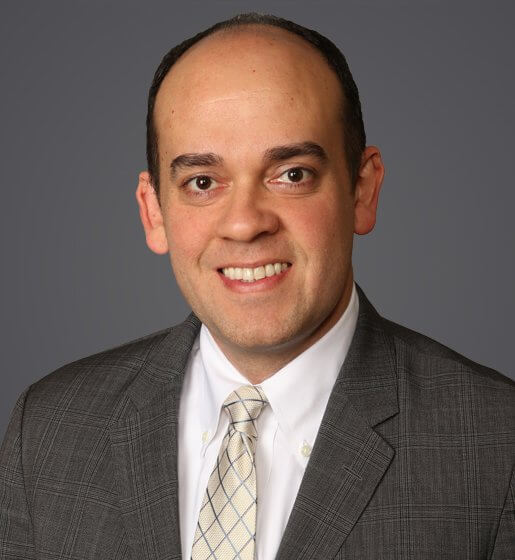 Ryan H. Crosner is a Shareholder in the firm’s Los Angeles office.

Ryan has successfully represented employers in all aspects of employment law in state and federal courts, and in proceedings before various administrative agencies, including the California Division of Labor Standards Enforcement (DLSE), the Equal Employment Opportunity Commission (EEOC), and California Department of Fair Employment & Housing (DFEH). Ryan has defended employers in class actions involving allegations of employee misclassification, meal and rest period violations, and off-the-clock claims. He also regularly represents employers against claims of retaliation, discrimination, and harassment under the California Fair Employment and Housing Act.

Ryan received his Juris Doctor from the University of Pennsylvania Law School. As a law student, he served as President of the Latin American Law Students Association as well as Symposium Editor of the Journal of Constitutional Law.

Before joining Ogletree Deakins, Ryan clerked for the Honorable Jean P. Rosenbluth of the Central District of California.

On September 12, 2022, the California Court of Appeal held that employees bringing successful rest break and meal period claims are entitled to recover attorneys’ fees under California Labor Code section 218.5. The decision reversed a prior denial of attorneys’ fees by the appellate court following the Supreme Court of California’s May 2022 decision in Naranjo v. Spectrum Security Services, Inc.

Under California law, an employee is exempt from California’s overtime requirements and other wage and hour laws if the person is employed in an administrative capacity. To meet this exemption, California’s wage orders and the California Labor Code provide that an employee must perform certain job duties and be paid a monthly salary equivalent to at least twice the state minimum wage for full-time employment. Neither the Labor Code nor the wage orders define what constitutes a “salary” or what it means for an employee to be paid on a salary basis for the purposes of the exemption. A recent California Court of Appeal decision, however, sheds some light on the issue.

In recent years, California employers have faced an increasing number of class action lawsuits related to background check practices commonly used in the hiring process. These lawsuits arise from the Fair Credit Reporting Act (FCRA), a federal law that regulates the collection, dissemination, and use of consumer information.

California Court of Appeal Weighs in on Unlimited Vacation Policies

Recently, some employers in California have turned to flexible work arrangements and unlimited paid vacation policies as a tool for recruiting and retaining employees. Before April 2020, however, no California court had addressed whether a nonaccrual, unlimited paid time-off policy was subject to Labor Code Section 227.3, thereby requiring an employer to pay out vested vacation time at the time of an employee’s discharge. Although the California Court of Appeal somewhat sidestepped the issue, its recent decision in McPherson v. EF Intercultural Foundation, Inc., No. B290868 (April 1, 2020), highlighted the potential exposure California employers may face when offering “unlimited” vacation policies that are not clearly communicated to employees. This decision is of particular interest to employers with “unlimited” vacation policies that may be facing substantial vacation payouts in light of terminations, layoffs, and furloughs caused by the COVID-19 pandemic.

Last week, the U.S. Court of Appeals for the Ninth Circuit in Mendoza v. Fonseca McElroy Grinding Co., Inc., et al., No. 17-15221 (January 15, 2019), requested that the California Supreme Court decide the following question: Is operating engineers’ offsite “mobilization work”—including the transportation to and from a public works site of roadwork grinding equipment—performed “in the execution of [a] contract for public work,” Cal. Lab. Code § 1772, such that it entitles workers to “not less than the general prevailing rate of per diem wages for work of a similar character in the locality in which the public work is performed” pursuant to section 1771 of the California Labor Code?