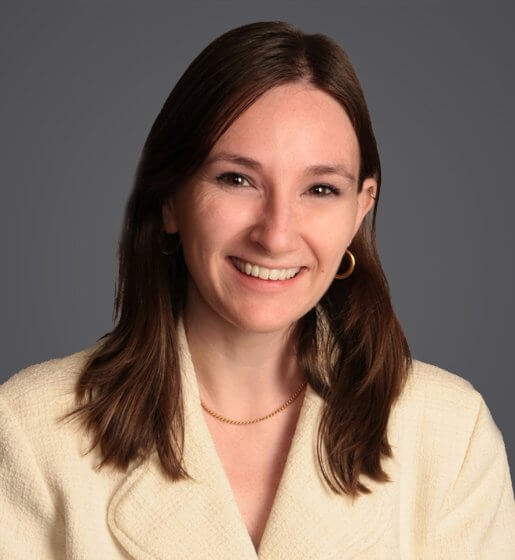 Shir joined as an associate in the Ogletree Deakins’ Toronto office after completing her articles at the firm.

Shir is developing a broad practice, advising employers in all areas of workplace law. During her time at the firm, she has drafted written submissions for various courts and tribunals, including the Ontario Superior Court of Justice, the Federal Court of Appeal, the Human Rights Tribunal of Ontario, and the Ontario Labour Relations Board. In addition to advocacy work, Shir regularly reviews and drafts employee handbooks, employment contracts and severance agreements.

Shir holds a Juris Doctor from Queen’s University, Faculty of Law and an Honours Bachelor of Arts in Philosophy and Spanish from Queen’s University. During her time in law school, she worked as a Teaching Assistant for the Queen’s Workplace Law course and as a Research Assistant in the area of comparative constitutional law and legal ethics. She received the Baker & McKenzie award in labour law and a Second Honourable Mention in the Phanor J Eder Essay Competition run by the American Society of Comparative Law.

Shir acted as a Student Caseworker for both Queen’s Legal Aid and the Queen’s Elder Law Clinic. She also served as a Justice Education Fellow for the Ontario Justice Education Network (OJEN), leading public legal education programs for youths in the Kingston community.

Shir is fluent in Hebrew and Spanish.

On October 4, 2022, the Human Rights Tribunal of Ontario (HRTO), released its decision in Weilgosh v. London District Catholic School Board. This HRTO decision was highly anticipated, following the Supreme Court of Canada decision in Northern Regional Health Authority v. Horrocks, in 2021. The Court in Horrocks concluded that unionized employees in Manitoba may not file human rights complaints with the Manitoba Human Rights Commission.

Vaccine ‘Passports’ Are Coming to Ontario on September 22, 2021

The Government of Ontario announced that starting September 22, 2021, individuals will be required to show proof of fully vaccinated status in order to gain access to certain businesses. While the regulations have not yet been published, the government has released key details concerning the plans.

The Pay Equity Act, which Canada’s federal government passed in 2018, is going into effect on August 31, 2021. The act aims to address the systemic gender-based discrimination faced by women in federally regulated sectors by achieving pay equity through proactive measures. The act will require all federally regulated employers to analyze their compensation practices, even if they have not received a complaint and even if they believe there is no wage gap in their organization.

Ontario’s New State of Emergency, Stay-at-Home Order, and Rules for Employers and Businesses

With daily COVID-19 case counts approaching 4,000 in Ontario, the Ontario provincial government announced on January 12, 2021, a state of emergency and a return to stricter lockdown measures that will take effect at 12:01 a.m. on January 14, 2021.

According to Statistics Canada, two in five employers in Canada have reduced hours or laid off one or more employees since the beginning of the COVID-19 crisis. One of the risks associated with those difficult decisions is a constructive dismissal claim that would trigger statutory notice and severance requirements under provincial employment standard legislation and under the common law. Ontario’s government has now taken a major step to prevent claims under its Employment Standards Act, 2000 (ESA) resulting from COVID-19.