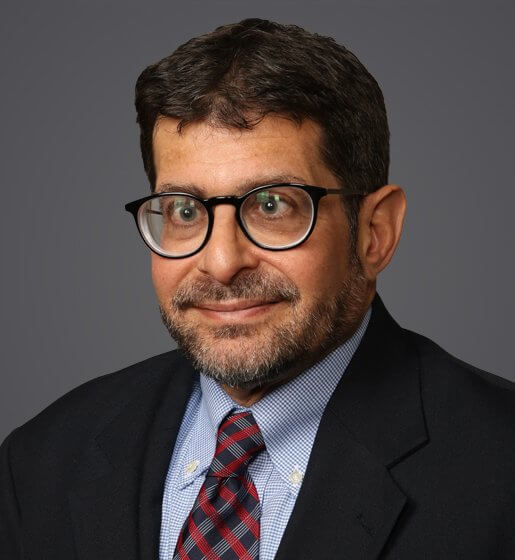 Steven (“Steve”) Pockrass is a proactive and practical advisor and litigator who helps companies reduce risks and resolve their employment and labor challenges. During his nearly 25 years of practice, he has successfully handled a wide range of matters, with a particular emphasis on federal and state wage and hour laws; medical leaves of absence; disability accommodation; unfair competition and trade secrets; positive employee relations in both the non-union and union contexts; protecting against claims of discrimination, harassment, and retaliation; and multi-state compliance projects. He regularly provides guidance to clients in both the public and private sectors, ranging from multinational Fortune 100 companies to small businesses, non-profits, and trade associations. A seasoned litigator, he defends against charges filed with federal and state administrative agencies; litigates single and multi-plaintiff lawsuits, including class and collective actions, in federal and state courts; and represents management in employment and labor arbitrations.

A frequent speaker and writer, Steve is a former appendix editor of the FMLA treatise published by BNA Books. He also is one of the editors of the second edition of the FMLA Guide published by the Indiana Chamber of Commerce. He is a member of the American Bar Association Section of Labor and Employment Law’s Fair Labor Standards Legislation Committee and has been a contributing author of several annual Midwinter Meeting Reports of the FMLA Subcommittee. He also is a member of the Defense Trial Counsel of Indiana and has served on the DTCI Board of Directors and as chair of the DTCI Employment Law Section.

Steve earned his Eagle Scout badge as a youth and has volunteered with the Scouts throughout his adult life. A recipient of the Silver Beaver Award, he has served for many years on the Executive Board for the Crossroads of America Council, Boy Scouts of America, and on various Council committees. He is an Assistant Scoutmaster with Scouts BSA Troop 180 at St. Richard’s Episcopal School in Indianapolis and a former Cubmaster of Pack 180. He also is a former member of the Board of Directors of the Day Nursery Association (now Early Learning Indiana) and is a former member of the Indianapolis Equal Opportunity Advisory Board.

Prior to attending law school, Steve worked as a newspaper reporter for the Indianapolis News, as a freelance writer, and as communications director for the Indiana Housing Finance Authority.

On October 12, 2022, the Supreme Court of the United States heard oral arguments in a case regarding whether an oil rig worker who performed supervisory duties and was paid more than $200,000 per year on a day rate basis is exempt from the overtime requirements of the Fair Labor Standards Act (FLSA).

On October 11, 2022, the U.S. Department of Labor (DOL) unveiled a new proposed rule that could make it more difficult for workers to be classified as independent contractors under the Fair Labor Standards Act (FLSA). The proposed rule, which would rescind and replace a prior rule published in January 2021, would shift the analysis of whether a worker is an employee of a business for purposes of the FLSA from a more streamlined “economic reality” test to a more complex “totality-of-the-circumstances” standard.

On March 3, 2022, the Indiana General Assembly passed House Bill 1001, which restricts employer COVID-19 vaccine mandates. The final version of the bill was signed right away by Governor Eric Holcomb and is effective immediately. The law’s most notable provisions require covered employers to accept (under certain conditions) medical, religious, and acquired immunity exemptions from vaccine mandates, and to allow employees with exemptions to submit to COVID-19 testing in lieu of immunization.

DOL’s Dual Jobs Final Rule: Will It Be a Horror Show for Employers?

On October 28, 2021, the U.S. Department of Labor (DOL) released a final rule that may cause many employers in the restaurant, hospitality, and service industries to rethink and/or end their use of tip credits under the federal Fair Labor Standards Act (FLSA). Under the FLSA, an employer that meets certain requirements may count a limited amount of the tips its tipped employees receive as a credit toward its federal minimum wage obligation—a practice which is known as a “tip credit.”

On June 23, 2021, the United States Department of Labor (DOL) published a notice of proposed rulemaking (NPRM) that would create greater limitations on an employer’s ability to take a tip credit under the federal Fair Labor Standards Act (FLSA).

DOL Publishes Final Rule for Determining Who Is an Independent Contractor

On January 7, 2021, the U.S. Department of Labor (DOL) published a final rule in the Federal Register that clarifies how to determine who is an independent contractor and who is an employee for purposes of the Fair Labor Standards Act (FLSA).