On February 18, 2022, a California appellate court issued the latest guidance in the continuing saga of statewide “suitable seating” litigation, cementing a significant trial victory for grocers, retailers, and other employers across California. The appeal arose in LaFace v. Ralphs Grocery Co., the first suitable-seating case to proceed to trial following the California Supreme Court’s decision in Kilby v. CVS Pharmacy, Inc., which examined, as a matter of first impression, employers’ obligations to provide suitable seating to employees under the California Industrial Welfare Commission’s (IWC) wage orders. Section 14, the suitable-seating provision found in most of the wage orders, requires employers to provide suitable seating in two circumstances: (1) when the nature of the work reasonably permits the use of seats (section 14(A)), and (2) when an employee is not actively engaged in duties that require standing, or, as the court described the requirement, during “lulls in operation” (section 14(B)).

In LaFace, the California Court of Appeal, Second Appellate District, addressed two significant issues. First, the appellate court ruled that, under section 14(B) of IWC Wage Order 7, an employer does not have to provide seating where the employer’s expectation for employees to keep busy and not stand around means there is no functional “lull” in duties that would require the employer to provide seating. Second, the court held that suitable seating claims and other claims for penalties under the Private Attorneys General Act (PAGA) are not entitled to a jury trial.

In the trial court, plaintiff Jill LaFace challenged Ralphs Grocery Co.’s practice of not providing seating to cashiers, claiming that cashiers could reasonably perform their cashiering duties while seated and that the company was also obligated to provide seats for cashiers to use during “lulls in operation.” After a three-week bench trial, Judge Patricia Nieto of the Superior Court of Los Angeles County found that the evidence overwhelmingly showed that the nature of the work did not permit sitting because “Ralphs cashiers continuously perform work that should or even must be performed while standing.” Judge Nieto also found that Ralphs had no obligation to provide seating for use during “lulls in operation” because Ralphs cashiers were expected to remain busy between customers.

On appeal, LaFace challenged the latter part of the trial court’s decision—i.e., whether section 14(B) required Ralphs to provide seating for grocery cashiers in reasonable proximity to their work areas for use when they were not actively checking out customer orders. The appellate court agreed with Judge Nieto that the absence of customers in line did not constitute a “lull in operation” under section 14(B) because the undisputed evidence at trial was that cashiers were required to perform an assortment of tasks when not helping customers. When not helping customers, Ralphs cashiers were expected to and were required to “fish” for new customers, straighten and arrange magazines and products in checkstand lanes, run products back to their aisles, restock products, and help other cashiers and departments with their tasks, among a number of other duties. As such, Ralphs expected its cashiers to be actively working while clocked in and there was no “lull” in duties that would trigger an obligation to provide seating under section 14(B). In ruling that seating was not required, the court made clear that employees could not manufacture section 14(B) claims by avoiding their expected job duties, such as by remaining at their checkstands or checking their phones, instead of performing their expected job duties.

This decision is also notable as the court, for the first time in PAGA’s eighteen-year history, addressed the question of whether the California Constitution provides any right to a jury trial in PAGA lawsuits. The court held it did not, relying on the supreme court’s 2020 decision in Nationwide Biweekly Administration, Inc. v. Superior Court, which found that a constitutional right to a jury trial did not exist with regard to claims brought under California’s Unfair Competition Law and False Advertising Law. The court found that PAGA is similar to those laws, as they all provide statutorily created equitable rights and remedies unavailable at common law that were never contemplated by the California Constitution to be subject to a right to a jury.

The LaFace decision highlights that the suitable-seating provisions under the IWC’s wage orders are subject to important limitations, including limits based on employers’ reasonable work expectations. Moreover, employers may enjoy significant advantages when PAGA claims proceed to trial before judges, rather than juries.

On January 23, 2013, New York’s City Council passed a bill that would modify the New York City Human Rights Law and prohibit discrimination based on unemployment status. The bill would also prohibit advertising requiring current employment as a condition of employment.

Title 29 of the U.S. Code provides direction, regulation, and information regarding issues affecting labor, and includes the Fair Labor Standards Act, which addresses both federal minimum wage issues and the laws regulating overtime pay. The issues addressed under Title 29 are administered, in large part, by the Wage and Hour Division (WHD) of the Department of Labor (DOL). 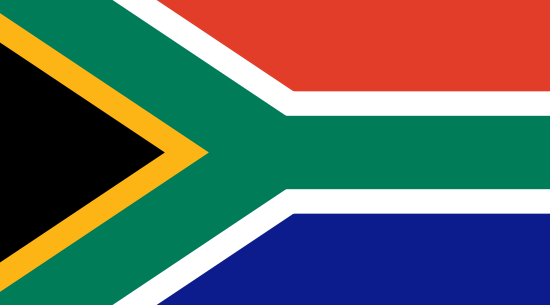