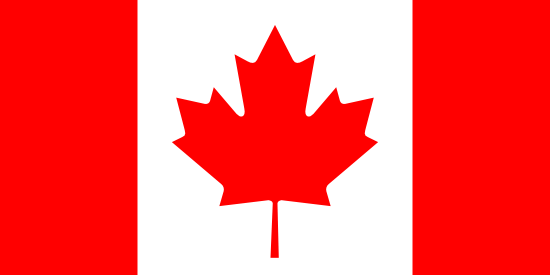 The act primarily amended the Act respecting industrial accidents and occupational diseases (ARIAOD) with various changes to take effect gradually between 2021 and 2024.

On October 6, 2022, the latest changes came into force. These will notably require employers to change certain internal procedures and consider new employee rights when it comes to the temporary assignment of work and accommodation of functional limitations. This article focuses on these particular changes from a practical standpoint.

Employers must now use the Commission des normes, de l’équité, de la santé et de la sécurité du travail’s (CNESST) temporary assignment of work form whenever they wish to invite an injured employee’s physician to allow his or her patient’s return to work on modified duties until such a time as the employee is capable of returning to regular duties. Before this amendment, there was a proposed form, but its use was not mandatory.

The devil here for employers lies not in this requirement, but in the details of the form itself, which the CNESST has amended from one page to three pages. It is to be noted that the contents of the form itself are not dictated by the legislative amendment. It is therefore administratively dictated by the CNESST. Under this new form, employers are now limited to proposing only two assignments, while under previous rules there was no limitation as to how many proposals could be made, therefore making it more difficult for a treating physician to refuse a worker’s temporary assignment. Under the new form, however, the physician will have to specify the worker’s functional limitations, and, should the physician refuse a proposal, the reasons for the refusal must be stated in relation to the limitations. Regardless of whether an assignment is accepted, the employer must forward the form to the CNESST.

An amendment has now made this practice official. The CNESST may now provide rehabilitation measures as soon as a worker’s compensation claim is accepted.

Under the ARIAOD, employees typically have a specific window of time during which they are allowed to return to work following a workplace accident. Nevertheless, the employer’s duty to accommodate the individual has always gone beyond the “right to return to work” period.

New amendments to the right to return to work now enhance employees’ accommodation protection by facilitating their reinstatement to the workplace, be it in their own jobs or in equivalent employment or suitable employment. In essence, the CNESST now has greater powers to assess whether rehabilitation measures may enable a worker to return to his or her position or to an equivalent position. Moreover, the CNESST can now assess the need for a reasonable accommodation in order to reinstate the worker to the employer’s workplace (such as by adjusting tasks or modifying work schedules). The determination of whether a reasonable accommodation is necessary and available to enable the worker to hold a suitable position available with the employer now rests solely with the CNESST, which can issue a binding decision accordingly. Employers retain the right to challenge a CNESST assessment by showing that it would cause them undue hardship.

This amendment, in essence, is in response to a Supreme Court of Canada decision issued in 2018 that clarified the CNESST’s powers with respect to enforcing accommodation obligations. In the past, the CNESST would rely on the employer’s own assessment of whether it could accommodate a worker through the offer of a suitable employment and would rarely, if ever, challenge an employer’s negative determination.

Finally, as an added incentive for employers to cooperate, should an employer fail to cooperate in the return-to-work process, the CNESST may issue an administrative monetary penalty equivalent to the income replacement benefit to which the worker would have been entitled during the period that the employer was in default. The penalty can go up to one year’s worth of income replacement benefits.

Employers may want to ensure that their internal teams responsible for managing workers’ compensation claims are now using the CNESST-mandated form for all temporary assignment offers in order to avoid seeing their proposals declared void and not binding by the CNESST. This could occur if a worker failed to show up for a temporary assignment and the employer requested that its income replacement indemnities be suspended under section 142 of the ARIAOD. Again, those forms, once completed, are to be forwarded to the CNESST.

Further, employers may want to pay close attention to their new obligations regarding the duty to accommodate. While this duty goes beyond the strict legal scope of the ARIAOD, any employer behavior that is determined by the CNESST to be uncooperative could lead to penalties.

Three Pittsburgh hospitals have been found to be federal subcontractors subject to the jurisdiction of the Office of Federal Contract Compliance Programs (OFCCP) because of the medical services they provide to a Health Maintenance Organization (HMO) that is a federal contractor. According to the U. S. District Court for the…..

On March 25, 2022, the U.S. Department of Justice (DOJ) found the Indiana State Board of Nursing violated Title II of the Americans with Disabilities Act (ADA) when it refused to allow a nurse taking medicine prescribed to treat opioid use disorder (OUD) from participating in the Indiana State Nursing Assistance Program (ISNAP).