On October 17, 2022, the Supreme Court of the United States vacated a Ninth Circuit ruling addressing the scope of the “transportation worker” exemption from the Federal Arbitration Act (FAA). The FAA generally requires enforcement of arbitration agreements but exempts “transportation workers” from the statute’s application. The Ninth Circuit previously held that drivers who deliver supplies from a warehouse in California to restaurant locations within the state fit the exemption because they were “transportation workers” engaged in interstate commerce, notwithstanding the fact that all deliveries occurred in a single state. The Ninth Circuit held the arbitration agreement could not be enforced under the FAA because the FAA didn’t apply to the workers in question.

In Domino’s Pizza, LLC v. Carmona the Supreme Court granted the employer’s petition for writ of certiorari and remanded the case to the Ninth Circuit with instructions to provide “further consideration in light of” the high court’s June 2022 decision in Southwest Airlines Co. v. Saxon. The Saxon decision held airline employees who loaded and unloaded cargo from planes traveling interstate are exempt from the FAA.

In Saxon, the Supreme Court rejected an industry-wide argument that all airline workers engage in interstate commerce and therefore are exempt from the FAA. Instead, the high court focused on the job duties of the specific employees at issue, noting that workers who fall into the exemption “must be actively engaged in transportation of those goods across borders via the channels of foreign or interstate commerce.” This focus on the role of the workers in interstate commerce rather that the nature of the employer’s business could lead the Ninth Circuit to a different conclusion in the Domino’s case.

Increasingly, employers are turning to arbitration agreements with class action waivers in an attempt to mitigate risk. Repeatedly, the Supreme Court has ruled that arbitration agreements governed by the FAA must be enforced according to their terms. Attempting to circumvent that Supreme Court precedent, many plaintiffs’ lawyers have tried to argue that the FAA doesn’t apply to specific workers. The Supreme Court’s decision to vacate the Ninth Circuit’s ruling in the Domino’s case is a natural extension of its reasoning in Saxon, reinforcing the high court’s message that the interstate commerce element of the transportation worker exemption must be evaluated based on the job duties of the specific workers at issue, not the operations of the company. It remains to be seen whether the delivery drivers in question will fit the exemption under this analysis.

Ogletree Deakins will continue to monitor and report on developments with respect to ­­the case and will post updates on the firm’s Arbitration and Alternative Dispute Resolution blog. Important information for employers is also available via the firm’s webinar and podcast programs.

On November 16, 2018, the Third Court of Appeals in Austin, Texas, entered a temporary injunction blocking the implementation of the paid sick leave ordinance that the Austin City Council passed in February 2018. 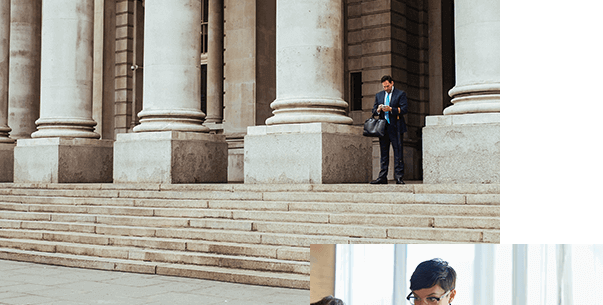 As part of Mexico’s national response to the COVID-19 pandemic, the federal government of Mexico has instituted a weekly traffic-light monitoring system with four criteria that each state must meet before proceeding to the next phase of the country’s reopening plan. Below is a map for the week of July 20, 2020, indicating the COVID-19 risk level in Mexico’s 32 states.